We got up the next morning and everyone seemed to be smiling at me. I was holding my breath hoping the bangs and giggling wasn’t heard by anyone. “How’d you sleep?” The family asked. And I replied with, fine. Then we were all sitting at the kitchen table having breakfast when his brother said “So we heard you last night, sounds like you had fun.” I was mortified. I definitely turned beat red and even though I knew we hadn’t done anything, I was still feeling like we had. I insisted noting happened and finally Dimples said “Apparently her parents taught her morals and values and she declined my advances due to it being inappropriate to have sex in another person’s home” He said it half in jest and half serious, but still I was embarrassed. The aunt looked at me from across the table and said “I knew I liked you.” And gave me that approving smile that said thank you for being respectful. It was then the running joke of the day.

We got ourselves dressed and headed out by the pool and I was waiting to see when we would actually end up at the beach. That never exactly happened. The next thing I knew there were friends and kids and food and drinks all over the place and we laid by the pool for hours. It was fun and relaxing and I enjoyed everyone’s company, but I was still hoping at some point I’d get to see the beach. The sun was shining and the boys were all playing water games with the kids and I realized that the beach was in fact not going to happen. I wasn’t that disappointed as the day was filled with fun and laughter and conversation. Both his aunt and uncle had worked at the stock exchange and they told story after story of how things were “back in the day” They told how they were there for both bombings of the world trade center, how they used to play such jokes that now a days would have gotten them fired. They told stories of how they got engaged on the exchange floor in front of hundreds of people. The stories went on and on and I could have listened to them for hours.

It was nice to be included and feel so welcomed and that hadn’t really happened with a boyfriend of mine in a long time. I wouldn’t call him my boyfriend just yet although everyone in the house was asking questions about how we met and how do we get along and blah blah blah. I told the story of our first date and how we knew each other through Frick and Frack and then one of them said it. “He’s a really nice guy” I almost threw up. YES I KNOW! Everyone keeps telling me! I was out by the pool laying on a deck chair when Dimples came and laid next to me. We talked for a long time while everyone else was relaxing. Next thing I knew I had wiggly chin. You know, that thing that happens as your eyes well up before you cry? Well, it happened to me a lot and I guess we were talking about who we were and who we wanted to be and how well we got along and next thing I knew I was all choked up.

People always saw me as hard. I’ve said it before, I’m like an everything bagel; all crusty with shit all over the outside, but warm and mushy on the inside. I was a lot more emotional and sensitive than I ever showed, but once you got to know me you would know I was a big fat cry baby. Commercials, TV shows, songs, all of which could bring me to tears. I didn’t show that all that much and most people never got to see that side of me, but it was there and it was real and now I was sitting in front of Dimples with tears in my eyes and wiggly chin and there was nothing I could do about it. He would either have to accept me for it or not, that was his choice. I started to feel defensive and he just watched me as I talked about who I used to be and what I’d gone through. He listened intently and I think was gauging my sincerity. At the end of my so-called speech about myself, I took a breath and looked at him. He grabbed my hand, squeezed it and gave me a kiss. He said “I don’t know the woman you are talking about, but the one I met, the one that’s sitting in front of me today, I think is pretty amazing.” And with that I felt like I could finally exhale. 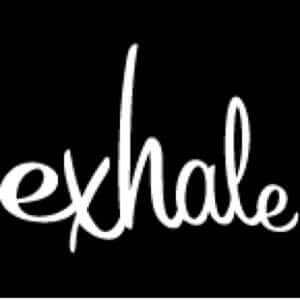