I spent the whole day getting things together. I created one of those cute table scapes with different levels. I decorated the inside, the outside and everywhere in between. I made all kinds of food that was supposed to look like Halloween stuff, like tangerine’s with celery as a stem to look like pumpkins and bananas with chocolate chips in them to look like ghosts. I had yummy dips and chips and assorted finger foods and I was pretty darn pleased with myself. I created an area in my house for a Pumpkin carving contest with four large pumpkins and a few very large knives just waiting to be attacked. Once all that was completed it was time to get dressed.

I hadn’t spoken to some of my close friends in a while, since the birthday weekend debacle, but I had invited them to come as I missed them. Since they hadn’t been around all that much I noticed that they had been spending quite a bit of time with a new friend. I called her the “other me” Immature? Yes, but I felt as if she had gotten my spot at the lunch table with my friends. I had no longer been invited to gathering’s or dinners or cocktails and I was hurt. We say and do stupid things when we are hurt. My modus operandi since Jolly Guy was silence. I never knew what to say in situations anymore. I thought it best to just stay quiet.

When my feelings were really hurt. Like really hurt, words just didn’t seem to be enough to explain how I felt. So I went dark. Shut you out and said nothing. Don’t get me wrong there’s always something I want to say. And just because I am quiet doesn’t mean I’m not hurting or wishing to hear from you. There was always something burning a hole in my chest that was waiting to get out of my mouth, but sometimes the words don’t come. I used to be the person that fought to the death. Saying every last nasty word in my head, making the other person feel terrible about themselves, putting them down in order for myself to feel better about the hurt I was feeling. Now a days, that just didn’t see, worth it. I didn’t have to put anyone down to realize my pain was real. I felt deeply, I hurt just like everyone else and even though it appeared as if nothing bothered me, that was far from the truth. So I went silent.

I invited them because I wanted them to be there with me, I wanted it to feel like old times. I wanted everyone to get along, to have fun and to let whatever happened between us melt away. I text one of them late in the day to see who they were bringing with them; kids, significant other’s, etc. When I received the text back that they were binging the “other me” my heart sank. How could they not know that that would hurt my feelings? It really bothered me. I’m sure she was a lovely woman, but in my head, she stole my friends from me and I was not only upset about that, but I was upset that she would now be in my house.

I got my costume on and pulled myself together. It was going to be a fun night no matter what and I was going to make the best of it. I would be charming and gracious and welcoming and fun. Like always. Or at least that was my plan. Dimples arrived in costume and I loved it. Everyone began to arrive one by one and everyone was dressed up. Not one person was a party pooper and came in regular clothes, that was awesome. The guests were there, the food was out, the drinks were flowing and the party was on! The doorbell rang and in walked my friends and right behind them was the “other me” She was tall and beautiful and had a smile from ear to ear. She introduced herself and thanked me for inviting her and I was speechless for a second when I said “Of course, the more the merrier” My stomach was turning inside as I watched them laugh and giggle to each other about things I was no longer included in. It hurt, but I was a big girl and just tried to enjoy myself.

Every few minutes Dimples and I would be he bedroom watching some game that was on and making out, but I felt uncomfortable and I was on my best behavior to make everyone have a great time. As the night rolled on and the drinks were flowing even more, pictures were being taken and then it was time for the pumpkin contest. As everyone gathered around and formed their teams the “other me” said to me “You really are so much fun” and it took me a second to grab my tongue and put it back in my mouth as to not react instantly with something nasty. So I said “Of course I am, why, what have you heard?” 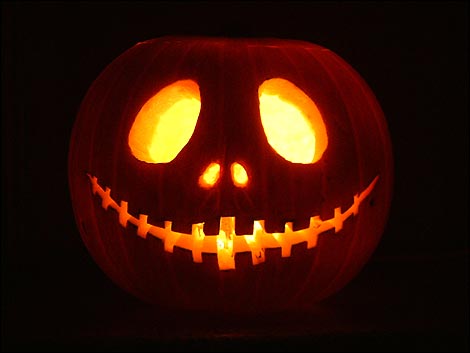