Things at that moment were completely tense.  I had spent all day feeling great about myself and in 4 minutes he took that away from me.  And he really didn’t even do anything.  I guess it was the lack of doing something that bothered me, but I was definitely more bothered than I should have been.  The entire mood had shifted at that point and he went blank.  He sat on the couch with a puss on his face and went on his phone and for some reason that too enraged me.  It was like I was invisible and it struck a cord down deep inside of me.  One that I hadn’t felt in a long time, one that made me feel worthless and not good enough and even as far as dumb.  I wasn’t exactly sure why I was being triggered this way, but it quickly went from bad to worse.

I went in and out of the house a few times getting the garage door opened and making room for us to get to the futon and he just sat on the couch.  He did say “Let me know when you’re ready” and all I could muster was some nasty retort “If you don’t want to be here and help me you can leave.”  What was I doing?  I was so angry at this point I could barely contain my snake tongue.  I get it, he wasn’t trying to be insensitive, but I felt like what was important to me wasn’t all that important to him and I had had that feeling so many times before in my life and I didn’t like it and I wasn’t expecting it from him.  I found myself actually holding back tears.  Apparently I was having some type of emotional breakdown, over what I wasn’t sure, but the feeling was there.  Where do these feelings come from?

How can an innocent act of forgetfulness or not responding create such a visceral reaction to someone?  It was like he somehow in those few moments hit a nerve that ran deep through me.  It was something that made me feel small and unimportant and he had no idea he had touched it.  And at that point I couldn’t even verbalize it if I wanted to.  So we pushed through.  I told him I was ready for him in the garage and he came outside to help me.  We got into the garage and began to fiddle with the futon.  Before we even tried to do anything he said “There’s no way we can get this inside.”  I felt a flurry of heat and tingles rush through my arms.  The feeling I normally get when I am anxious.  I tried hard to hold my tongue but it was almost impossible.  I am not the girl who says can’t.  For anything.  I am the girl that tries and tries again and figures out a way to make it happen.  I hate being told I can’t do something, especially before we’ve even tried.

“We haven’t even tried yet,” I said and explained that we should at least try to figure it out being this was the only thing left to making my office the sanctuary I had dreamt of. Again he gave me a reason why we couldn’t do it. “You can’t lift this with your back, there’s no way we are going to get it up the back stairs.”  I didn’t hear that he was worried about me getting hurt, I didn’t hear that he thought it was too much for us to do ourselves, I heard “You stupid girl, what would make you think you could do this.”  And my fury fueled through me and I simply said “Then I will just have my friends help me….like they did today.”  The words cut through the air and I saw them hit him like bullets to his ego.  His face changed and he became enraged and in a split second he yelled “Fuck This.”  and with that walked past me, got into his car and sped away.

I stood there for a second cause I wasn’t sure what to do.  What the hell just happened?  How did we go from “Ok look at what I did today” to “Fuck This”  I was shocked and appalled and completely frustrated that he just walked out on me.   Do you know that other than the feeling that I’m not good enough, being walked out on is my number 2 top issue in life?  Do you know how many times a man has just walked away from me?  Too many to count and Dimples knew this, he knew that walking away, driving away would only make things a hundred times worse.  Why couldn’t he just say “Shut up and calm down, we will figure it out.”  Why couldn’t he take a breath, walk up to me, kiss me and say “Lets start again”  Why did he have to leave?  How could he just leave me standing there, stranded, all by myself?  I hoped that it wasn’t a sign of things to come. 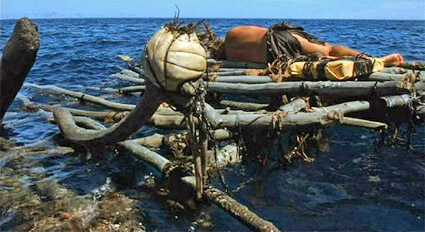