With the coming of a new year comes the hope of promise and doing things differently then we once did. How many of us can say that we stuck to that last year? Probably not too many. I believe in the hope and faith that with each passing year we get better, we are more ourselves, comfortable in our own skin. How then can we constantly find ourselves without a partner, spouse or soul mate? Simple….we are still doing it wrong. I for one can attest to consistently doing things wrong when it comes to love. I’ve had many boyfriends, lovers, husbands, fiancés and through all of them I made 1 cardinal mistake that left me alone time and time again; I gave up who I was to become something I wasn’t. You know the new Taylor Swift Song blank Space? The line where she says “Be that girl for a month….” yea, well being “that” girl gets you a whole lot of being alone. No one can sustain being who they aren’t for long periods of time. Being who you are is so much more fun, much less exhausting and much more genuine. It’s harder enough being who we are let alone trying to be something we are not. I spent the better part of two decades trying to be what everyone wanted me to be: the nice girl, the sweet girl, the girl that loved clubs and dance music, the girl that wanted to stay at home and would be okay with that. Now all of those things are great, don’t get me wrong, but none of those things were things I could sustain for long periods of time, cause as time passes you want to listen to Jazz or go to the city or sink your toes into the sand on the beach…..you don’t want to have to compromise everything you are in order to have something that essentially isn’t real to begin with, cause you are real to begin with. So if you chose to do one thing this year, be authentic. Be yourself, know that’s good enough and when you find someone who is into you, the REAL you, it will make all the difference. Not only will it feel different, you will know it’s different. At least at that point you’ve given yourself a fighting chance at this thing called love. 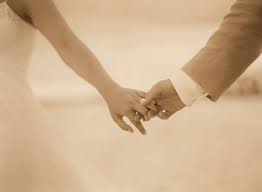