I recently came across my college boyfriends college ring in my jewelry box. I was planning on sending it back to him many times, but it’s still sitting there. Along with other mementoes that made it into my cemetery of lost loves. For years now whenever I was having a hard time I would have this dream and he would look me straight in the face and tell me that “Everything was going to be ok” like he knew what was going on in my life and told me not to worry. I even had a dream once that I watched his wedding to a woman I talked him into staying with. Not the first woman he cheated on me with but a woman he would have willingly left for me and told me so one night sitting on the edge of my bed. That’s the night I had him realize she was right for him and he should not do to her what he did to me and to go home. They have since been married something like seventeen years and I would like to give myself a shout out for again not being the home wrecker when the opportunity arose. So I loved him, he wants to leave his girlfriend for me and I talk him into not cheating on her and going home to her and now they are married and I am still alone. Isn’t it ironic? The following summer I had a brief encounter with a very old school southern boy. We drove down by the river and got drunk and road in jeeps with the tops down and went to weddings on back porches and drank sweet tea and watched fireflies. During that summer is when I decided to leave college for good and make my way in the Big City, NYC of course. We did a long distance thing for a while and I would go down to visit him on weekends. My father would pick me up in NYC on Friday afternoons, I’d drop him off in NJ, I’d kiss him goodbye and travel the four hours to West Virginia. I would pick up a shift at my old restaurant, I’d stay and hang with sorority sisters and I’d see this guy. Except one weekend things were very, very different. I arrived unexpectedly at his front door, all excited to see and surprise him. I was of course wearing the uniform of choice for the 90’s; daisy dukes, white t-shirt and white keds. The white looked great against my tan smooth skin and my hair was long at the time, like really really long. I knocked. Nothing. I knocked again. Nothing. I waited a minute or so and a young girl appeared at the door. It struck me as strange to see another girl at his door, but what was even more single white femaleish was that she looked exactly like me. She had on daisy dukes, a white t-shirt and white keds. Her hair was long and curly and in an instant it was like looking in a mirror. He arrived at the door a second or two after her and stepped out of the house, halfway between her and me. I actually think I saw him stand in front of her as to protect her from me. As if I was some raging lunatic or rabid dog waiting to attack. He looked me in the face and merely said “I didn’t think you were coming this weekend” and with that I turned quietly, mouth gaping and got back into my car. I lit a cigarette and sat for a moment to think and get my barring’s and then I slowly drove away. The whole time the two of them just standing there in the doorway watching me. I have never heard from him again. Ever. Like he disappeared. I tried to find him a few times, gone. Gone. Like so many past relationships this too was in the wind. Like the fast car or the high school sweethearts. All. Gone. How is it for a short period of time in your life a person can mean so much to you, be everything you ever thought you wanted or needed and then just be gone? Without a trace? Do the feelings disappear too? The people we hold closest to us, who are so much a part of the most integral parts of our lives take so much with them when they leave. What they can never take is the imprint they have left on our life. The changes they helped create in you that you didn’t even know at the time were happening. What they leave behind are sometimes wonderful memories, other times….it’s an empty shell of a person you once knew. Either way. It’s all gone. 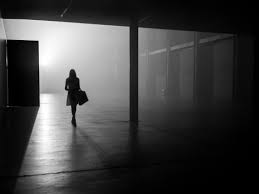