The next few weeks were semi uneventful.  We were still going strong but I noticed Serendipity was more aloof, more down, more into being into the quiet times.  That was fine, but I felt like at this time I was so full of life that I wanted nothing more than to experience it with him.  He on the other hand wanted to do nothing more than lay on the couch, with me in his arms and watch I Love Lucy.  Not a bad thing, but night after night it seemed this was becoming more the norm than going out and living.

I was loving kissing this man.  I was loving laying in his arms and I was ready for us to have sex.  SEX!  You know, that thing two people in love with each like to do to express it? I get that he was holding off at first for us to really get to know each other, but now it was going on well past two months and I thought the time is now.  I was longing for him, yearning for him and I didn’t understand why he wasn’t feeling the same way.  He was totally content with just holding me and kissing me.  Don’t get me wrong, that part was incredible, but really?  It’s time to take things to the next level.

One evening I set up the whole house with candles, lit a fire, wore something ridiculously sexy and made us dinner.  I set the coffee table and we sipped wine, had a delicious meal and laid on the couch together.  Tonight would be the night.  This was it. Except.  Nothing.  He didn’t make one move.  He didn’t try to rip my clothes off or push me up against the kitchen table.  He wasn’t enthralled with the thought of pleasing me or getting pleased in any way.  Now, I’m not saying sex is everything, but it’s definitely something.  Why wasn’t he attracted to me?  Have you seen me!?  I was sensual and semi good-looking.  I was happy and felt safe and secure with him.  I wasn’t feeling like I had to put on some show or be something I wasn’t, but I wasn’t about to just grab him and throw myself at him.  I was hoping he got the idea that I was in fact ready.  Ready for him to take me to the bedroom, ready for him to take off my clothes, kiss every inch of my body and take me.

I was a bit insulted that he wasn’t trying anything.  Isn’t that stupid?  I mean, first I would have been annoyed if he tried something right off the bat, but now, it felt like the big elephant in the room.  Why was he NOT trying something?  Was he grossed out by me?  Was I a bad kisser?  Did I make him nervous?  Things begin to run through your head when so much time goes by and things are not happening.  Maybe he had an issue in the bedroom?  Maybe he wasn’t into girls?  Maybe he just didn’t like me?  Whatever it was, I wasn’t taking this laying down, no pun intended.  I would make the move. Something I’m not very good at because I feel like I’m fumbling around and no one like rejection.  So here goes.

I reach down to touch him, ok, he seems into that.  I kiss him more deeply, ok he’s into that.  I slowly find my way to be sitting on top of him and begin just moving ever so slowly….nope.  Not into that.  He gently removes me from on top of him and says “Not yet”  NOT YET?  Then when???  And why not?  Why not now?  Why not with me?  Seriously, was he just being coy?  Was he just not that into me?  I didn’t get it!  I didn’t like it.  However, I did respect him so I would wait.  But honestly how long was I supposed to wait?  How does one have a boyfriend, have as good a relationship as we did and not have sex?  I get it, you’re old school so it’s not on the top of your list, but I’m in my prime my friend and I was way too young just to have a companion in life.  Yes, all the things we had and we were building were incredible, but I needed some physical attention, I had needs, wants and I wanted them with him.  Why on earth wasn’t he wanting them with me? 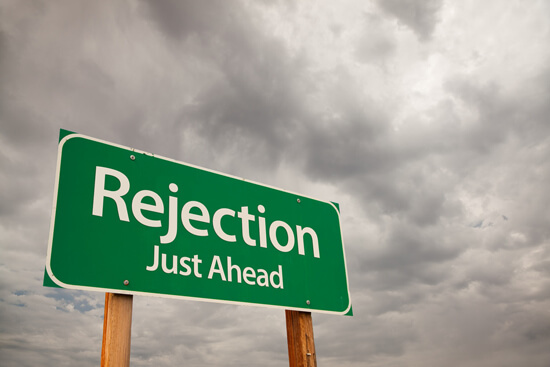