I realized that no matter what I did, Serendipity needed to pull his own weight in this relationship and if he wasn’t planning on doing that, then I wasn’t planning on sticking around much longer. It was my final hoorah. I asked one last time if he wanted to meet up to spend some quality time together and again his response was “I can meet you for a drink, but that’s about all I can handle.” I was annoyed, but fine. A little time with him would be better than nothing. So went to dinner with my girlfriends that night. I parked my car at Serendipity’s house and they came to pick me up since I’d be meeting him later, I’d just get my car after drinks.

Dinner was great and the restaurant was fabulous and then it was time to meet. A little later than I’d had hoped, but Serendipity was running late and working long hours so it was well after 9 when we got together. As my girlfriend was driving me to the restaurant something struck me that I needed my car. I asked her to drop me off so I could get it, but she insisted I was being silly and that she’d drop me at the restaurant and I could get it later. I had a bad feeling. I knew for some reason I needed my car, but wasn’t sure why. I just knew that something was off.

She dropped me at the restaurant and I went in and he was sitting at the bar as he usually was. We chatted and talked about this and that and he was flat. Explaining how bad things were for him, how things were hard and I didn’t understand. And he was right, I didn’t understand. He had a good job, he had family that loved him, he had a beautiful woman who wanted nothing more than to be with him and yet still…everything was awful in his mind. It was really getting on my nerves and then I just came out and said it. I’m not sure where it came from, but I needed to know. I needed to know how he felt about me, why he was avoiding me, why he didn’t want to sleep with me, hold me tight, spend time with me. It was needy and pathetic in my head, but I couldn’t take it anymore. So I just said it “How do you feel about me?” I grabbed his hand and smiled trying to lighten the blow of such a question.

He gave out a gruff laugh and rubbed his forehead and responded “Really? I’m not talking about this now, it’s ridiculous with all I have going on. It’s late and I’m not talking about this.” I was shocked. His abruptness took me by surprise. His words stung as they landed on my already damaged ego. I was taken a back and felt the urge to leave, immediately. That was it. I’d had enough. I leaned in towards him, still holding his arm and said “I’m done. I can’t do this anymore.” I asked the bartender for my bill and paid for just my drinks. He came over and was looking at Serendipity when I said “I need MY check bar keep, now please.” He gave it to me, I paid and as I got up I said “Goodbye Serendipity, don’t worry, there will be no more questions from me anymore.”

I headed outside and didn’t realize I didn’t have my car until I got out side. I KNEW I needed my car! Damn it! It was cold, it was early April and the night was brisk and the rain was falling and I wasn’t wearing a jacket and stood there in heels alone figuring out what to do. I wasn’t even really sure where I was. I was on my phone googling how to get back to his house for my car when he came outside. He stood about 100 feet from me and said “Stop being ridiculous and come back inside. I will finish my drink and drive you home.” Finish your drink huh? NO THANK YOU! My blood was boiling and the constant rejection of day after day and night after night and week after week had somehow made my brain go on overload. I simply said “I’m fine. Goodnight” and I began to walk away. I’m sure he thought I had a ride or had called Uber or a friend, but I didn’t. 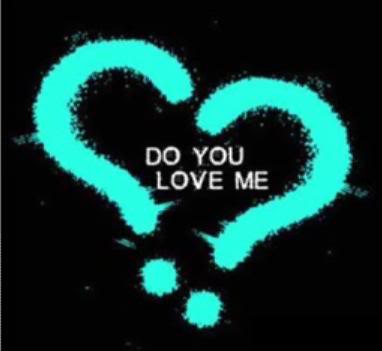