25 asked me out again solo this time.  I agreed and he picked me up on his motorcycle.  It was cool and fun and we went to a local bar for a drink.  Now not for anything, but I’m a big fraidy cat so going for a drink on a bike isn’t exactly what I would call safe, but he assured me one drink two miles from my house would be fine.  So we went.  It was nice and we chatted and sat on the outside porch.  I felt myself constantly talking as to fill the weirdness I was feeling.  He wasn’t weird, but I could tell he was getting all into me and I wasn’t exactly in the same place and then I began to feel bad.  I didn’t want to lead him on, but he didn’t seem to take my word for it when I said I wasn’t looking for much.

Here’s the other thing that I’m not a big fan of; constantly talking about sex.  I mean I like it don’t get me wrong.  I like it a lot, but I feel like unless I’m as into the conversation as you, that it feels inappropriate and a little dirty and that’s how I felt.  Don’t tell me over and over again how you could rock my world and bring my inner freak out.  I find that crude and not cute at all.  We have only seen each other twice and one was in a group setting, it isn’t exactly conducive to talking dirty.  I didn’t like it and to tell you the truth it was a big turn off.  I’m sure he wasn’t trying to be creepy and weird, but that’s how it came across to me.

That’s when I knew I couldn’t see him again.  He drove me home and wanted to go in for the full frontal kiss and I think I crinkled my nose as if I smelt something rancid and did it for a second.  He wasn’t a bad kisser, I just didn’t want to.  What the hell happened to the girl I was just telling you about?  The one that didn’t do what she didn’t want to anymore???  God I was pathetic all over again in a different way!  I didn’t want to kiss him, but I also didn’t want to make him feel bad.  Idiot I am.  I said goodnight and a few days later he asked where I’d been.  “I was right here” I said.  But he knew I had pulled away.  I had said again that I wasn’t looking for an everyday kind of guy just yet and that he was very nice, but that I wasn’t really interested.  He then said “I’m not sure if I should still pursue you and you want me to continue even though you are saying you don’t.”  Huh?  I said I didn’t want to, so why would he think I wanted to.  And I asked him just that.

“Because sometimes girls say one thing and mean another and I won’t stop pursuing you until I really know that’s what you want me to do.”  So I told him in great detail that it was in fact what I wanted him to do.  I guess women screw men’s heads up just like men screw up ours.  However, I knew this wasn’t what I wanted and I wasn’t trying to play any games.  A week or two later I was out with two old friends, both of which I went to high school with and hadn’t seen in a while, but had started talking to over the last year.  Lets call one scratchy, cause she has that scratchy smokers voice that makes her sound like Demi Moore and the other we will call Heart cause he had always had heart issues.  Both of them told me that 25 was a nice guy, but didn’t think he was right for me either.

Also I guess it came out at some point that 25 had an on again off again girlfriend and maybe he should let her know that he was interested in a long-term relationship with someone else.  ARE YOU KIDDING ME?  Another one?  Really?  I am like a magnet for idiots.  No more!  I am demagnetizing myself.  Starting right this second.  Although from now on I would have zero expectations from any man.  To me that was somewhat sad.  So anything they did would be  pleasant surprise or expected.  Win/Win right? 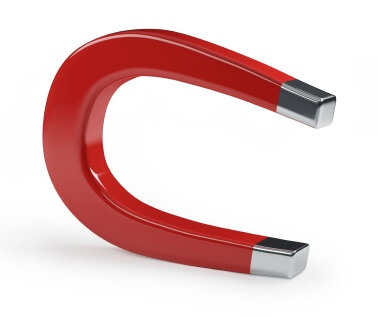