I started to think. When the heck would I meet a nice guy. You know, the kind that wants to be with just one woman, the kind that respects her and cherishes her. The kind of guy that makes my face hurt from laughing. Was he out there? Did he even exist? I wasn’t all gung-ho about trying to find him, but I was beginning to think that maybe, there was a slight possibility he wasn’t. That all the nice guys were taken. That while I was wasting my time with cheaters and liars and emotionally unavailable men, the nice guys were being scooped up by chicks much smarter than me. I was beginning to think they were like an urban legend. Like the lockness monster. No one ever really saw one, but there were glimpses and sightings that they existed.

Maybe I was meant to be alone. Traveling this life telling my story of woe’s never to be in the arms of a man who truly loved me for who I was. I was a lot. This we know, but was I too much for someone? Was my personality too big? Were my issues and my past too much for someone to grasp? I was beginning to think that in fact, this was my reality. That there wasn’t anyone who was wild enough to run with me, side by side and take life by the balls and keep moving forward. I was beginning to think that the only men left were those cast aside from women who were strong enough to say they wanted more. I wasn’t about to pick from a buffet of leftovers. I wanted an original. I wanted him, I wanted THE GUY. WHERE IS HE?

So one day during vacation at the beach with my best friend and our kids her sister was there for a few days. She asked me again if I had contacted that nice guy she tried to set me up with months earlier. I again replied with my lack of enthusiasm at her attempts to find me love and told her no. That I was not planning on seeing him. “But he’s the nicest guy.” she said. Hmm….was he? Was he really such a nice guy? And if he was, why hadn’t anyone else already got him in their sights? I am always curious when someone tells me about an amazing person that’s still single. Oh I know, they too just hadn’t found the “right” one yet, but really? I mean I was amazing and still single, but that’s because I make bad choices. Could it be that this Nice Guy also made bad choices? If so then we already have something in common.

Fine. I decided I would contact him. One night after a few glasses of wine and liquid courage I private messaged him through Facebook. “Hey, did you find out where Pink is playing so you can take me?” So a while back he had posted the most amazing rendition of a song Pink had sung and I told him that if she ever comes around we should go. So that’s all I could come up with. I hit send and waited. And I waited. Then I started to feel stupid because there was no response. I checked to see if he read it and he did, but still nothing. Ok, I get it. When I said no to him the first time he asked me out, maybe he was just being spiteful, maybe he wasn’t such a nice guy and was making me pay. However, when I turned him down I did say I’d get back to him. I never said when. So it had been 5 months…..but at least I got back to him.

Then about 45 minutes later that tiny “bing” sound rang as the messenger from Facebook notified me I had a message. It was him. He said something cute and clever and I was happy he returned my message. So I said “Since you asked me out last time, it’s only fair that I ask you out this time, so would you like to go out with me?” Again…..I waited for that ‘bing” sound……waiting, waiting……patience has never been my strong suit. “Sure, when’s good for you and what would you like to do?” he said. My response “I did the hard part and asked you out, the rest is up to you…….” 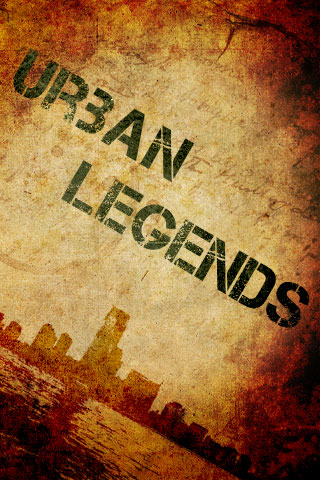