Even though we had had sex already and he had seen me naked, this seemed different. We would be spending the entire night sleeping next to each other. This would be a true test for me. I am so used to sleeping alone it’s ridiculous. If he snored I would have to go to the couch, if he wanted to cuddle too much, if he hogged the covers, if he rolled over and I had no room on the bed, even down to me wearing pajamas. It all felt very different all of a sudden. Very, well, relationshipish. I wasn’t prepared for that and I instantly got insecure and nervous. I didn’t even put my pajamas on in front of him. This man had seen every single crevice of my body and I felt weird about putting on pajamas. Maybe I had more issues than I originally thought. None the less, I went to the bathroom to put on my clothes and came back and he was in bed. All smiles. I could tell he thought at some point he would get lucky and I would cave and we would have sex, but I didn’t operate that way.

This was his family’s house. There was a bit of disrespect in that thought and I didn’t feel comfortable with it. So I got in bed, we kissed for a bit and I rolled over to go to sleep. He insisted there would be no snoring because he didn’t snore. I of course thought he was lying because every man snored. I guess we would see. He spooned me for a bit and as I began to fall off to sleep, he rolled away from me and went to sleep himself. I laid there awake for a bit waiting for the snoring to commence. It didn’t and before I knew it I was off in dreamland. Around 2am I heard him get up. I wasn’t sure what he was doing, but assumed he had to go to the bathroom. He opened the bedroom door and quietly tip toed out, not knowing I was awake. He came back in a few minutes later and I could feel like he wanted to say something. Like it was on the tip of his tongue. So I said “You ok?” And instantly he was upon me, wrapping his arms around me and kissing my shoulder through my t-shirt. He began to stroke my body from the top to the bottom and he said “Yea, I’m good.”

Then again I rolled away from him to go back to sleep and he sort of paused for a second and sat halfway up. “Are you really going back to sleep?” He asked. Umm….”Yes” I said. “Aw c’mon” he said and I giggled and said again “Not in your Aunt’s house.” he rolled over with a huff and grabbed my hand and I fell back to sleep shortly after that. I then work up around 3:30am and heard something drop to the floor. I wasn’t sure what it was at first being I was half asleep, but then I realized it was my ecig. My baby, my third child, my appendage. So I leaned over and tried to grab it but couldn’t see anything in the dark. He woke up and asked what I was doing and I said “I dropped my ecig.” He told me to leave it and we’d get it in the morning, but I couldn’t. I felt naked without it next to me and so I got up. Put the flashlight on my phone on and asked him to hold it. I then proceeded to move the bed around in order to get to it, once I grabbed it I moved the bed back, but it slammed against the wall with a BANG. Oh my god…..then we laughed and giggled as I was trying to be quiet and with every move I made it sounded like bangs and thumps and laughter.

I got back in bed and that’s when he says “You know, with all that noise they are going to think we had sex anyway so we might as well.” Oh My God, he was right, they were going to think that! But it was ok, because I knew the truth and I felt good about not doing it in the house. Not doing it and having everyone hear us. So I said “No they won’t” And he grabbed me again, gave me a huge, deep, passionate kiss and said “Yes they will.” 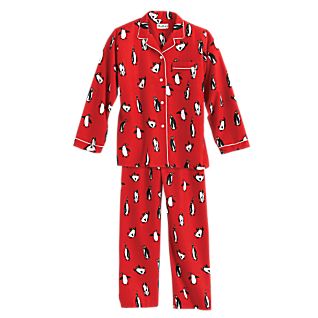