We left the stadium and went straight to a local bar for a drink. During the game I noticed he had been texting on and off, but it’s none of my business who he’s talking to and really I didn’t care, but as we walked into the bar and sat down and ordered he said “My brother’s been texting me all night.” He told me all about his brother and how close they were and the family dynamics and I asked “What’s he want?” Thinking maybe he was upset that I was at the game and won a ball and he wasn’t. He said “He wants you and I to come out to the beach tomorrow.” And it just hung out there in the air. The beach I thought? My most favorite place on earth other than my bed. My brain began to race as I was figuring out what else needed to happen the next day in order for he and I to be laying on the beach in less than twelve hours. He went on to tell me his aunt lives out there and since it was Labor Day weekend a bunch of friends were heading out and he invited us to come.

For a second it all sounded perfect and then I thought; We’ve been together a little over a week and now we are going to go on an overnight together? Although I was in my mid forties and could essentially do whatever I wanted whenever I wanted, something felt rushed about it. Although I do love the beach and lets see if he and I could actually spend a full two days together and still like each other when it was over. So I said “We should go.” He looked at me blankly for a second. “Really?” he asked in a very surprised tone. “Sure, let’s do it” I talked with my kids and figured out where everyone would be, I made sure there was food and water for the animals and told him to meet me at my house first thing in the morning and we’d head off to the beach….to spend time with his family…..at the beach….

We left the bar, headed up to his place, and ended up in bed together. It was again amazing and I was lifeless afterwards as I lay thinking about nothing more than spending the night in a bed with him. I began to get a little nervous and kinda of shy, but it would be fine. How bad could one overnight with his family be? Right?

The next morning he arrived right on time and I had my bag packed, was feeling good and we got in the car. We got gas, water bottles and made sure we had the easy pass. It was going to be one twenty-four hour period of us alone together and I was hoping that by the end he didn’t change his mind about me, but more importantly that I didn’t change my mind about him. We drove the few hours in the car, talking the whole time and me singing every once in a while at the top of my lungs. You can’t go on a road trip without a great play list and singing with the windows open. I usually am nervous to sing in front of people although I think I have a pretty ok voice, but with him it didn’t make me nervous at all. He seemed genuinely enthralled with just about anything I said or did.

We arrived at the beach and instantly we welcomed into his aunt’s home. I brought a mum as a thank you gift as I do not understand people who arrive at places empty handed. We had some wine and the mum and I handed it to his aunt and you would have thought I bought her diamonds. She was so thankful and appreciative and I was feeling great about being there. The hugs hello, the stories, the drinks and food that was out. It was like walking into my own parents house and I was instantly at ease. He doted on me and yet it didn’t feel in a pathetic I can’t handle myself way, but in a way of making sure I didn’t feel left out or hanging out there on my own. We talked and laughed way into the night and finally it was time for bed. I walked into the bedroom and saw the two twin beds pushed together and my heart sank. I sure as hell hope he doesn’t think we are having sex HERE! I wouldn’t be able to do that. In his aunt’s house? I saw him smiling at me slyly and as the door closed I heard his brother say “You two kids have fun…..” I was mortified! 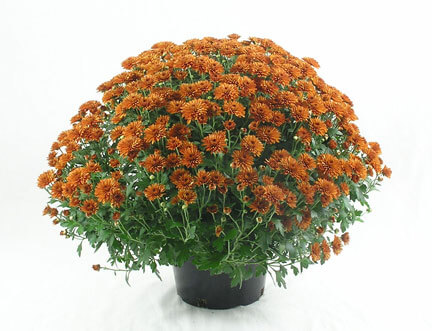