Something happened at the end of Sunday Funday.  Dimples and I had sex and all was well.  It felt a little weird when it was over, well not weird, but not right.  The sex was great and after Dimples left I began to get a tiny tingle of itchiness.  I took a shower, went to sleep and tried to ignore it.  I woke up a few times throughout the night and could feel the itch increasing little by little.  By the time I woke up for work the next day, something was definitely wrong.  I of course, as any good hypochondriac would do, went straight to WebMD and decided I had some rare, incurable disease only gotten by enjoying yourself too much.  A curse for feeling free and alive.

Thankfully WebMD and both my girlfriends decoded that it was probably just a yeast infection.  I have always known that on a woman’s body both our eyes and our vagina’s are self cleaning.  Do not mix this up with thinking you do not have to clean yourself, but they are the two things on our bodies that constantly repel and wash out whatever is in it or needs to be removed.  I apparently had greatly upset my vagina, possibly even broke it and now would have to suffer the horrible, terrible, misery of slowly scratching myself to death.  I thought better of that as it’s not a favorable way to go and decided to go to the drug store and remedy the situation.

I walked the aisles deciding which medication would do the trick and which would do it toot sweet.  Apparently there are plenty of choices for this type of situation.  In my opinion too many choices; 5 days, 3 days, 1 day.  Why would anyone wait 5 days when they could obviously pay $5 more to clear it up in 1 day.  This would be an example of more not being better and that less was actually more.  Less time in pain, less time to deal with this, less time out of vaginal commission.  So I went with the tried and true 1 day, fix all.  $28 later, I was at home reading the directions.  There were creams and insertion devices and pads and wipes and it seemed like an awful lot of stuff to get rid of something that the internet claims is very common.  It felt rather antiquated to have to insert something into myself only to wait for it to drip out and hope that it expels all the vaginal ills.

Anyway, I followed the directions.  I cleaned, gently wiped and eagerly waited.  That’s basically what the directions say, but not in so many words.  As I laid there waiting to get “better” I began to feel a burning sensation.  It was not your typical sunburn or even match type of burn, but like my crotch was sitting directly over the flame of a blow torch.  WHAT THE HELL???  I thought, ok, I can take it I guess this means it’s working right?  It’s healing me.  In less than an hour from insertion and application I had grown a large, red, itching, burning set of balls.  My labia’s were the size of naval oranges in the summer sun of Florida and I couldn’t walk.  I thought I was going to have to go to the emergency room and tell them a bomb went off in my vagina and not only was it infested with yeast, I had now burned the entire thing and would be maimed for life.

I tried to stay calm. re-read the directions to see if I did it wrong.  Nope, followed as per instructions.  I had to get my mind off the burning, the itching, it was like Chinese water torture.  I couldn’t stop and with every breath, every movement, the burning intensified.  MAKE IT STOP!  I took a few Advil, put an icepack inside my underwear and laid there on my bed, pitiful and in pain.  This had to get better and quick I could not go to work the next day with an icepack in my underwear! The night was unbearable and all I kept thinking about was what I was going to tell the ER nurse when I arrived at the hospital.  Then I thought how the hell was I going to get myself to the hospital?  I couldn’t walk, I couldn’t sit. I would have to call 911 and try to explain it to the operator and it would be recorded!  RECORDED!  Please god make it go away. 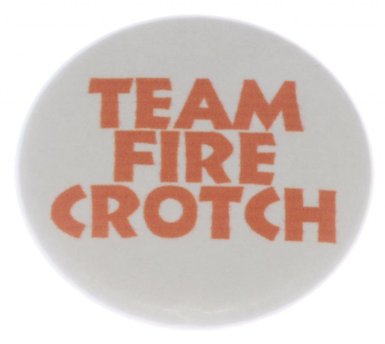 One thought on “Fire Crotch”