It was finally the day of my actual birthday.  I turned 42 years old.  As I mentioned before, a nothing age if you ask me.  Not the big 40, not quite 45, no where near 50 (thank god), but definitely now in my forties.  Dimples and I planned a full day together and I was excited for the alone time.  We got ourselves together and headed to one of my favorite places for breakfast/brunch.  It was a crisp October day and we were bundled up being we’d be walking around outside.

We walked into the establishment and I was instantly transformed into my younger years of living in NYC.  It felt like coming home; the music, the ambiance, the company, all of it on point.  I ordered a fantastic cup of coffee with amaretto and a gorgeous egg dish with a side salad.  The tables were pressed so close together it was like we were eating with the table next to us.  We talked and smiled and genuinely just enjoyed one another.  Dimples and I had this chemistry that was palpable.  Anyone who was around us could feel it.  I could feel it and it felt like it emanated off of me.

We left brunch and headed to the trail to begin our walking and talking and hand holding.  Occasionally stopping to kiss and enjoy the scenery.  I felt full. Not as in I ate too much, but as in gratitude.  I was with a man who saw me, the real me and I was comfortable with who I was.  It felt good to let my guards down and be me and be fully loved and appreciated for it.  I felt blessed for lack of a better word and every experience with Dimples seemed to take on a completely different view than anything I’d every experienced.  We strolled the park and the trail as if we were in search of a new adventure and excited for what lurked around the next corner, but in no apparent rush.  It was sheer bliss and being it was my birthday made it that much more special.

We came across a tower that had a large set of steps to it and we stopped for a split second to look at each other as to say “You in?” and yes, we were both in.  We did the steps two at a time and headed to the top where people were taking pictures and kissing and enjoying themselves as they looked out from the top over the park and lake.  We were on a landing taking our own photos when we noticed there was another steep, narrow stairway to the very top.  He grabbed my hand and off we went in search of what we could see from there.  As we approached the top and stepped out into the open, there was only one other couple there and a young woman with a selfie stick taking photos.  We were in our own world of adventure when out of nowhere we saw the young man go down on one knee.

It was not a woman taking a selfie, it was a woman recording a proposal.  OMG, we saw him go down on one knee, she gasped and grabbed her mouth as she began to cry.  He said some words that I couldn’t hear and before you know it the landing was filled with people cheering and clapping as they kissed and giggled to each other.  We yelled and clapped along with everyone else and Dimples says “I feel the need to get down on one knee, lets get the hell outta here!”  He grabbed my hand and we ran down the narrow stairway to the bottom laughing and giggling and when we reached the end, he stopped.  He grabbed my face and kissed me and said he loved me. 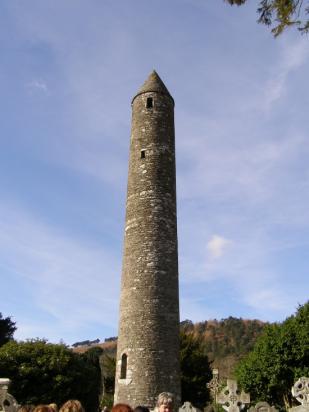 One thought on “The Tower”