A few years ago, I overheard a conversation going on between my physical therapist and another gentleman discussing the appeal of a woman on television. The gentleman said you may have heard the expression, “Beauty is skin deep but ugly goes down to the friggin’ bone!” It was hilarious because here was this unassuming little man and he hit the nail on the head! Beauty is definitely in the eye of the beholder. But getting down to the bone, if her personality is like that of an uberbitch it doesn’t matter how gorgeous you are, you can have her! Some men may prefer the company of overflowing locks combined with overflowing ‘tude but not this guy! That is where the laws of attraction begin and end for me.

It was when I was in college that I first really started to see the “I’m hot so I can act any way I want because you know you want me” syndrome kick in. There was a girl who was very attractive and she even thought so highly of herself to have her name on the license plate of her Mustang. I’m sure most guys would give two thumbs up to a sexy girl driving a Mustang (including my wife who is sexy and drives a Mustang) however, the image lost its appeal once she opened her mouth and allowed her actions to speak for her. The point is that there is always two sides from which you can view someone. The girl in college was just an optical illusion. She was beautiful but her personality left little to be desired and she might as well have been a nasty old hag.

In my opinion, how a woman carries herself can often be the deciding factor in what we picture next after the apparent outer beauty. A classic beauty in her own right, Audrey Hepburn said, “The beauty of a woman is not in a facial mode but the true beauty is reflected in her soul. It is the caring that she lovingly gives the passion that she shows.” Men are visual creatures by nature and at times, if we cannot picture this super sexy woman being by our side not just in our bed, we can get turned off instantaneously. I say that because secretly, most men want to be with a bitch just once because of the power trip and the sexuality linked to our fantasy but notice I said once. More than once carries too much baggage and as I said, once is enough and it’s like breaking back into prison. Now, if a woman is smiling, laughing and radiates a warm and welcoming demeanor or if she is confident and holds her head high while making eye contact with those that she speaks to, her attractiveness as well as her sexiness increases dramatically. Instantly, that beauty can go from a 7 or 8 to a 9 or 10 because it’s what’s in her soul, her inner goodness that we are drawn to.

The flip side of the coin or ugly stick is when a woman is rude and is constantly looking around for something better to walk through the door. I’m not talking about a man being disrespectful to the point of annoying but just trying to engage in a simple conversation. Also, if she struts around like she THINKS she is a diva and acts like she expects her night to be paid for by anyone who comes near…that is not attractive. Most guys will see right through it and see that she is a complete and utter waste of time. In the real world, no self-respecting man wants to go out with what my friend calls a “dinner whore”. And I’m not talking about if you take me out to dinner you will get what’s not on the menu for dessert…wink, wink.

At this stage in our lives, we all know what we find hot, sexy, attractive, beautiful and eye catching. We also are well aware of the polar opposites and what we do not find appealing at all. Some women just may not realize what type of outward vibe they may be giving out and continue to wonder why no man approaches her even though she is the only woman out in the middle of the desert giving away free water. Some women just put up that wall because they truly don’t want to be bothered as they are happily married or attached and that is the only way some of the thickheaded men out there get it. Ultimately, even though men may not have the reputation for deep except for being in deep sh*t at any given moment, we want more than a 10 on the outside, we want to be with a 10 on the inside as well. Aristotle said it best, “Personal beauty is a greater recommendation than any letter of reference.”.

“Beauty is in the eye of the beholder” which literally means the perception of beauty is subjective. But is it? What is it about another human being that tickles our fancy? I am not sure it’s something that can actually be explained. Each of us look at a persona and can determine in the blink of an eye if we are attracted to them, but what it is that is the determining factor? Is it their body type, the way the are dressed? Their smile? Their hair? It could be just about anything, but one thing is for sure is that once we feel that connection, sparks will fly.

Most people that I have encountered have a certain “type” of person that they seem to always end up with. It may be that you like tall, thin, dark haired women or maybe you always go for the guy that’s bald and has a goatee. Whatever it is, the things that initiate an attraction aren’t necessarily the things that build or even keep an attraction over time. Once that initial flame has been lit, it takes a great deal to go from lust to love. It will be their sense of humor, their intellect, their ability to address your needs and wants. For lustful attraction, beauty really is skin deep, but for something more than that, something worth holding on to for the long haul, you are going to need more than that pretty smile or great shoulders to keep things rolling.

I have always considered myself to be an equal opportunity lender; I do not have a type. I have dated men of every shape, size, color and creed. But they all have had similar characteristics, not similar looks. Variety is the spice of life, but what if we found that one person that over time, our attraction built. Once a woman finds a man that she loves, one that meets or exceeds her effort in a relationship, one that makes her laugh, he could hold on to her forever. Women are also visual, tactile beings, so your touch, your smile, your tenderness, your silliness, seriousness, your pretty much everything is what keeps us running back to you over and over again. 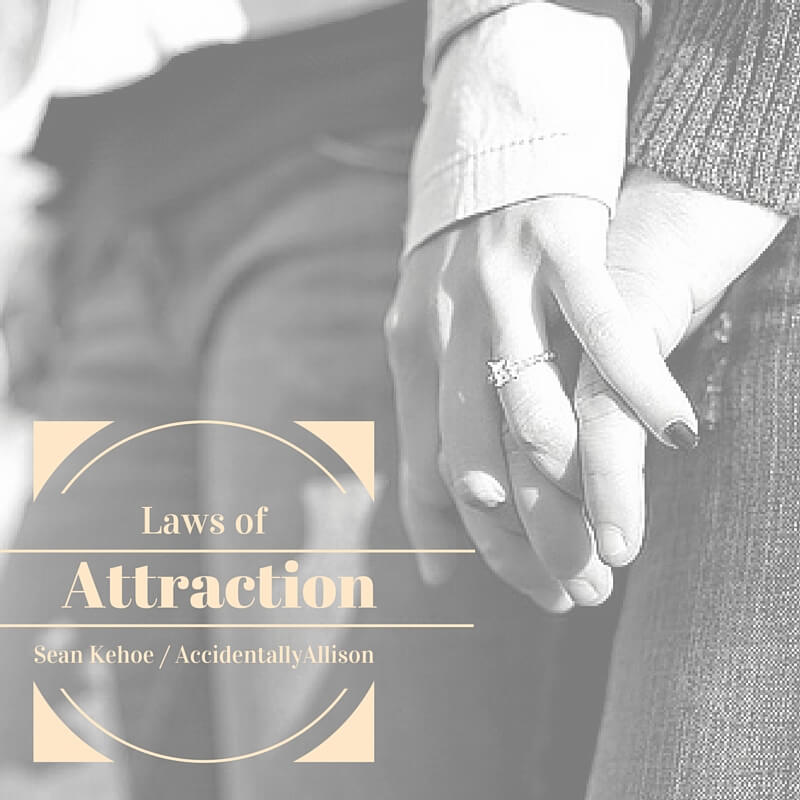 One thought on “He Said / She Said – Laws of Attraction”