The next morning was Thanksgiving and I got up early to get the cooking started. As I made my coffee, buttered the bird, chopped, sautéed and minced; I watched my phone. I watched for it to “bing”” with Dimples on the other end. I knew he would not text me after what had transpired last night. I knew he was surrounded by his family and I was sure all our plans for the day were canceled and I would go about things not dealing with it until after my family left my house. I was crying in my coffee when the phone went “bing” It was him. I couldn’t believe it! It read “Happy Thanksgiving”

It was like I could breathe a sigh of relief. Maybe this day wouldn’t be lost after all. I responded with a “Happy Thanksgiving” too and then asked if there was still any plan of us seeing each other. His response was cold in my eyes “If you think we are still together than yes, if you are thinking we’re , than no” I didn’t even know what that meant, but I knew it made me mad. Next thing I knew texts ere flying back and forth with ultimatums and he said / she said crap and you said this and said that and then he said it. The phrase that got under my skin, that made my head want to explode “I’m done talking about this with you.” I’m sorry what? YOU’RE done talking about this? When did YOU get to decide the conversation was over? I didn’t respond and the “bings” went quiet for a bit while I assumed we both took a minute to calm down.

The next text that arrived was a game changer. He informed me that a very close family member of his passed away. There was no more arguing after that, there was no more tit for tat. None of it mattered. In the grand scheme of things; after that, it didn’t matter what was that was upsetting us even the minute prior to that news. I knew he was distraught over this news, I knew this person meant the world to him and I knew this wasn’t going to be easy; there was no way in hell I was planning on adding to his misery. I would suck up my issues, swallow whatever pride thought I had and be by his side. And I knew, or at least I hoped, that that was really in his heart where he wanted me to be.

Later that day my family came for dinner, we ate, laughed, but I felt off without Dimples. I know it was our first holiday experience and we agreed to split our time between families, but I felt a longing to be by him. To comfort him, to support him and to love him. As soon as dessert was over my youngest daughter and I got in our cars and headed up to his parent’s house. We arrived to a house full of love and laughter, but with a tinge of sadness that everyone was trying to put on the back burner to save the holiday. I hugged both his parents and gave them my sincerest condolences for their loss and within minutes dinner was on the table.

It was a gorgeous spread, much like I would do when I used to have that many people at my Thanksgiving table. There was a sadness in the air. My heart felt for this family, losing someone they all loved on a holiday consisting of giving thanks for all they had. That sadness or loss didn’t stop them from finding the joy in them being able to be together, the joy in having each other to lean on and the joy of being family. These were the ties that held them up in the hard times, these were the ties they spent years fostering and molding, these were the ties that bind a family together. It was an amazing lesson to learn that night, to watch them operate and see them navigate in and out of each other with grace and kindness and silliness and sadness.

That’s the night I fell in love with his family and couldn’t have imagined being anywhere else. 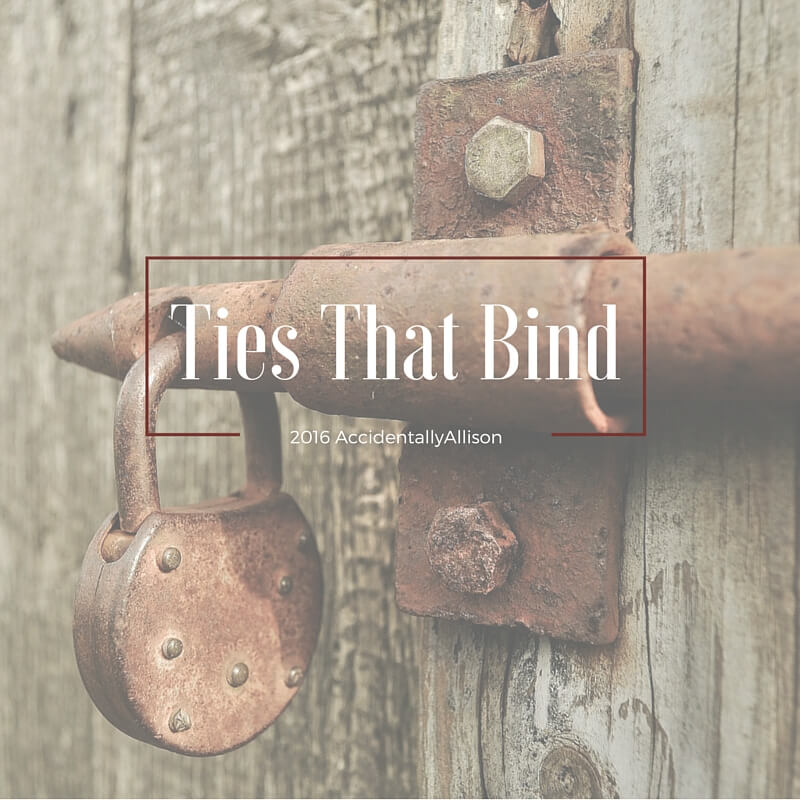