I finished work and headed over to Dimples’ house to have the dreaded “talk”. I wasn’t looking forward to it and I was actually dreading it a bit. Not necessarily because I was sad it was going to be our last talk, but because I just didn’t want to do this again. I hated endings. I loved beginnings. Beginnings are so much better than endings. Yes, I know, you can’t have a beginning without first having an ending of sorts, but still. It was two days before Christmas and I had such hopes and plans for Dimples and I for this holiday together. I guess I was more disappointed than anything else.

I arrived at his house, went inside and sat at the kitchen bar where we had had quite a few talks over the last few weeks. He poured me a glass of wine and then began. We rehashed everything that happened over the past few days, the silence, the misunderstanding, how he felt, how I felt. It was exhausting. I was matter of fact and not as emotional as I thought I would be. I was ready, I was bracing myself for what he was about to say, when I realized it really wasn’t about what he was going to say. This conversation was about what I needed to say. How I was feeling. Enough with listening and understanding and seeing his point of view. This was the time for me to say anything and everything I wanted/needed to say. So I did.

I explained that I was tired. I tried to communicate my wants and needs and how I felt he was falling short in reciprocating efforts. That to me he had became a constant riddle, like a rubix cube and every turn got me closer or father away from where I wanted to be. It had been a few weeks now of constant ups and downs with him. It was like an emotional roller coaster and I wanted to get off. I didn’t deserve to be treated this way, I didn’t deserve to be ignored or pushed away or disrespected. I had done nothing to warrant this type of behavior and it was unfair and didn’t feel good. So I told him that. I explained that if he no longer loved me than say so, I was a big girl and I could take it, but this constant trying to figure him out was getting tiresome.

I then told him that if he wanted to be with me, it was all in or nothing at all. I’m not a halfway, half ass kind of girl. I never have been and I probably never will be. I gave everything I had to those I cared about and I had spent way too many years accepting less and it would end right now. So….I asked….”Are you in or out?” 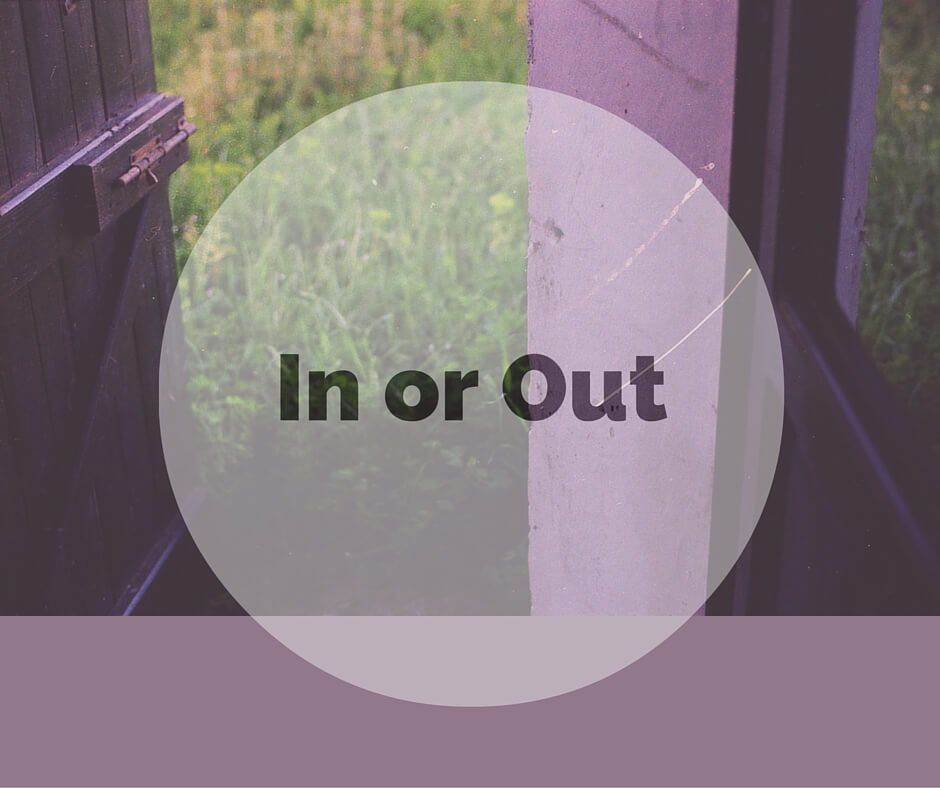