I must have fallen asleep at some point, cause when I woke up I could barely open my eyes. They felt like they were glued shut and I could only see a tiny ray of light through the slits. I had cried so much that they were swollen and it looked as if I had gone ten rounds with Mike Tyson. I got out of bed and tried to get myself together to be at least presentable for work, but to no avail. I looked beat up and worn and was in no condition to go to the office. I felt nauseous and weak and almost limp. I arrived at my desk and sat down only to be approached with the “Are you ok?” Ugh….I hated that. I knew I looked like crap, but did everyone have to acknowledge it?

I found myself swimming though quick sand most of the morning and by about 11:30am I couldn’t handle it anymore and I went home. Remember when I said I NEVER leave work for break ups? Well, there I was, totally ashamed and embarrassed by myself, leaving the office cause I was too distraught to function. I got back home, put on my purple bathrobe and crawled into bed. I curled myself up with the dogs and fell off to sleep. I was restless most of the day, but being in my bed was the best place I could think of to regain my strength, composure and self worth. I woke up and it was dark outside. I turned my head and noticed my best friend was laying in my bed next to me. I was startled, but more importantly amazed that she had gotten into my house and all the way into my room, then my bed undetected. So much for guard dogs.

When I saw her, I began to cry again. Tears rolled down my face in silence and I didn’t speak and neither did she. She held my hand and in a matter of a few minutes we were laughing. She was just what I needed. I got out of bed and we had a glass of wine and something to eat and I felt a bit better. I had never fallen to pieces like this before and it was very foreign to me and I didn’t like it one bit. It was like a Pandora’s box of emotions had been opened up and I desperately wanted to close it back up, lock it and bury it deep down in a dark place somewhere, but it was too late. The flood gates were open and I couldn’t stop it from coming. First all at once, then in waves. One after another every few minutes like contractions. My body would wrench in pain and contort and my face would change and it would take me a minute or two to regain some semblance of normalcy and keep going until the next time it happened.

The moral of this story I think is to never say never. I always said a break up would never slow me down or make me leave work, or keep me cooped up in my bed clinging to my teddy bear, but this one did. This one was different, because I was different. I was more aware of how I felt, my feelings, my emotions, more in tuned with myself than ever before. I knew what was lost could never be regained and for that I felt sadness beyond my wildest dreams. That bond had been severed. That trust had been broken. That cord that kept Dimples and I connected had been removed and I wasn’t prepared for it. All I could do now was realize I was human. I hurt. This was in fact a true break up that I wasn’t expecting and took me off guard and rattled me. But the only way to get past this was to get through it….so that’s what’d I’d plan to do. Just get through the next minute, then the next hour, then the next day, then the next week. Surely all people have broken up and kept going with life right? I wasn’t going to die, although it felt like I might. I would get through this, like I got through so many other obstacles in my life…it was just going to take longer than I had bargained for. 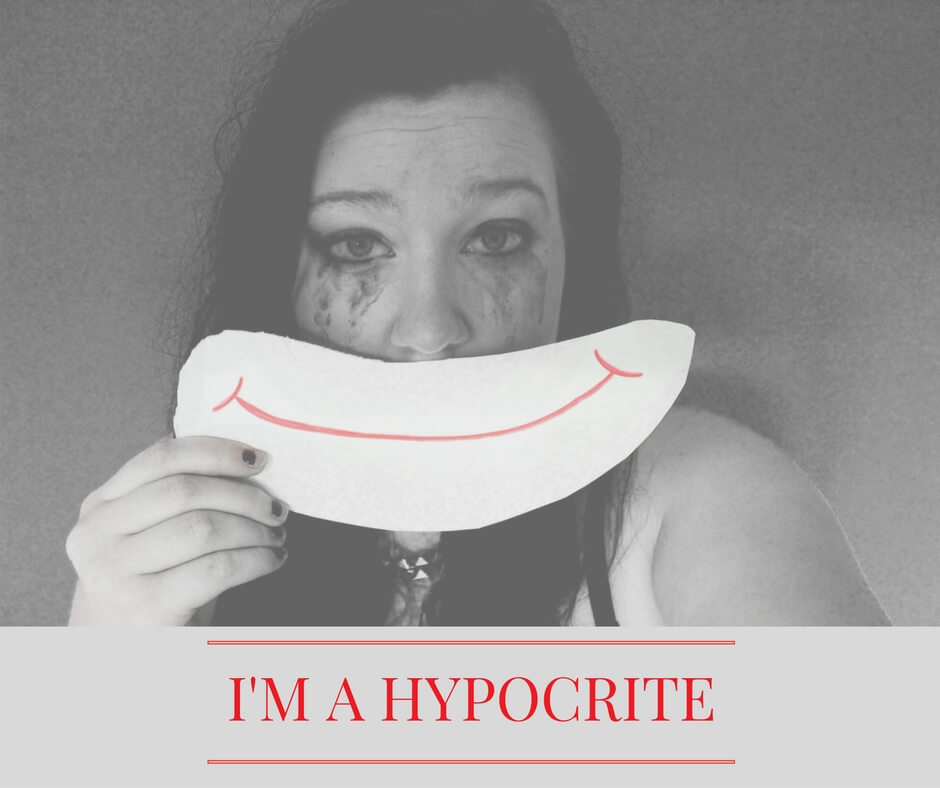 One thought on “I’m a Hypocrite”