It was going on a month now that I got that God awful text from Dimples. A month. A full month. We were now in February and the dream of us working out had begun to fade. The feelings of anguish had begun to subside and I was now coming to terms that we were officially over. It was a very, very hard month for me. It was hard for my friends to be around me, it was hard for my family to see me in the dark place that I was. It was even harder for my kids to see me so down and out. But time has a way of heeling all wounds and although they don’t go away, they become less painful. I woke up and started my day much like any other day except this day I realized I wasn’t thinking about Dimples every minute of the day. I would go about my life and sometime during the day I would say to myself “Huh….it’s been a few hours since I thought of him.”

I had finally come to accept the fact that we were really not going to get back together. That my time with him was not meant to be forever. That the life I had envisioned with him; the nights I’d lay curled up in his arms feeling safe, the day’s we’d spent laughing and making memories together, the dream and hope of one day becoming his wife, step mother to his children all under one roof making life better than we’d ever dreamt was now just a memory. It was still hard for me to swallow. It was hard to let go of believing that my love, despite my flaws and my issues and my shortcomings, wasn’t enough to keep him. That even if I was mad or hurt that never for a second, did that make me want to leave. In my head I always assumed that if we weren’t getting along, that it was just a moment in time, a blip we’d get past. It never occurred to me that he was thinking it was too much for him to handle. I thought we were on the same page, that we both knew that no matter how hard life got we had each other. Even if each other was the problem.

Now, I make no bones about being difficult. I’m a handful. But I always thought I was the handful he wanted to hold. That my love of life, my vivaciousness, my striving for more was what he fell in love with. I didn’t realize that I was falling short. That the love I thought I was showing wasn’t making him feel the same way. It was pushing him away and I never saw it. Everything I ever said or did was never with malice although my sharp tongue would beg to differ. I never meant to hurt him and I suppose somewhere in this road we were on together I did. I guess I’m naïve that way. I just assumed we were different. That we would make it no matter what. That even if we were yelling or screaming that never took away from what we had, what we were. I longed to be in his arms, feel his kiss, his touch, his hands on me. I longed for the connection that only he and I had. I wished for weeks that he would want me in that way again too. But it wasn’t happening and I had to accept it. That was the day I knew we were over. I don’t know what it was about that day that made me think our love was officially gone, but it was that day I knew I had to let him go. I could no longer stop my life from moving forward. If he wasn’t going to go on this journey with me through life, I had to let him go on his own journey. One that didn’t include me.

He made this decision. He made this choice. He wanted out. He didn’t want me anymore. And that was finally apparent to me. And as much as it hurt, it was time to let him go. Every cell in my body fought against this conscious decision of mine. Every ounce of who I was and what I was said Don’t Give Up. Not yet. Give him a little more time. If you believed he ever loved you, and you know he does, then hold on. That’s what my heart said. My brain said. Enough. 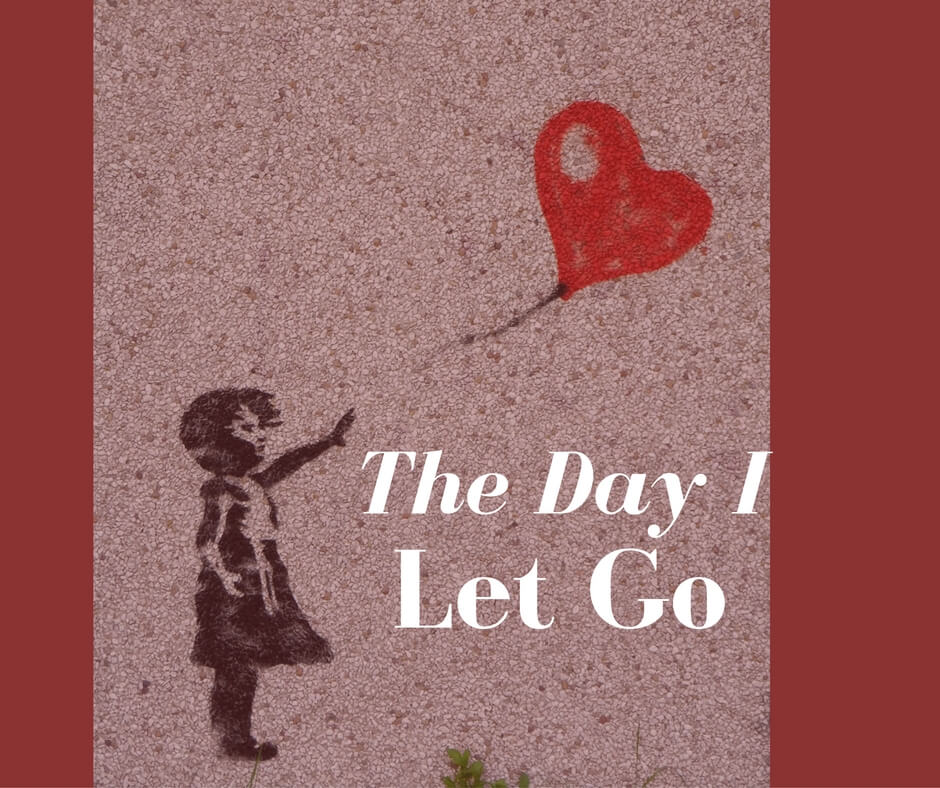