And then out of nowhere…..my email lit up.  It was Dimples.  It had been a little over a month since I had heard from him and there his name was.  Lit up in my email.  My heart dropped, my stomach flipped and I almost didn’t open it.  I wasn’t sure I could handle anything else he may have to say to me.  I had finally gotten myself back together.  I had finally picked up all the pieces that he left shattered on the floor for me to fix and I wasn’t sure opening up his email was good for my well being.  And then I did. I clicked on it gently as if not to alert anyone to the amount of enthusiasm I actually had for seeing his name light up in my email.  I read it very carefully and very slowly as to absorb all it had to say.  It wasn’t long or involved.  It merely asked if we could talk.  It said he missed me.  The words I’d been longing to hear for what seemed like an eternity.  He said he’d be sitting at the bar in the corner like he did on the night we last spoke.  He said he would sit at the bar in the corner night after night and wait for me to show up.  If it wasn’t that night, he’d go again and again and wait for me.  That he couldn’t not see me and he needed to speak to me.  That he understood if I decided not to go, but he would be there; hoping and praying that I showed up.

It was very romantic.  It was very out of left field.  What could he possibly have to say now that would change anything?  I of course knew I had to go, but something was telling me for my own sanity that maybe I shouldn’t.  I quickly called my best friend and asked what she would do.  And her response was this “You have to go….or you’ll never know what could have been.”  She was right.  I had to go.  I didn’t want to.  I wanted to be stronger than that.  I wanted to tell him I’d finally moved on and he couldn’t just come in and out of my life whenever he felt like it.  But I hadn’t moved on. I wanted to see him.  So in my head I agreed to go, but he wasn’t sure as I didn’t tell him.  He said he’d be there at 8 waiting for me.  I dolled myself up and arrived around 8:20.  Late enough to make him wonder if I was going to show, but not late enough that he gave up.  I was shaking a bit  and very nervous, but I knew I looked good and that this was the moment I had been waiting for.  He was adorable as ever and when I approached this time he looked nervous.  I gave him a kiss on the cheek hello and was all smiles.  He handed me a Valentines Day card and I opened it.  It was very nice of him being it was just a day or two before Valentine’s Day.

We chit chatted for a bit over niceties and then he began to speak.  He spoke for a long time and I know because I’m a constant interrupter and I was making a conscious effort to not say a word and to just let him talk.  He told me about how the last month had been for him.  That he missed me with everything he was.  That he didn’t trust me or himself enough to tell me what was going on in his head and he fled instead of talking to me.  He told me he couldn’t go another day without me.  He told me his love for me was stronger now than it had ever been and that his insecurities had gotten the best of him.  He told me he was jealous of certain things in my life and that he was embarrassed to admit it.  He said he knew that every day that went by without telling me was closer to him losing me and he couldn’t bear that.  He knew he had fucked up, but that he was now sitting in front of me taking responsibility and telling me the Gods honest truth about every dirty detail of his fears.  The fear of me thinking differently about him is what made him leave.  That if he told me how he felt, that I would judge him and not continue to love him unconditionally.

I was shocked at what I heard.  I was shocked that he didn’t know that I would have done anything for him.  It was he and I against the world. That our love, our bond was greater than fear, than judgment, than insecurity.  When he was done talking, which took a very long time, we sat in silence.  He looked like he had just gotten the weight of the world off his shoulders.  He instantly looked lighter and more alive and free.  He looked like the man I knew, the man I loved, the man I would spend the rest of my life with. And then it was my turn to speak.  I was at a loss for words.  He asked “Are you going to say anything?”  He squirmed a bit in his chair, I’m sure nervous as to what would come next.

He didn’t know in his bones, in his heart of hearts, in his soul that I was not going to let him down.  So he waited patiently.  Then all I could come up with was a kiss.  I leaned in close, I put my hands on his face and I kissed him as deeply and as passionately as I could muster.  And then I said….”I love you.  All of you.  And there is nothing you could tell me that could ever change that.” And then there we were.  Two souls sitting next to each other with the whole world in front of us again.  And I knew…we were destined to make it to forever. 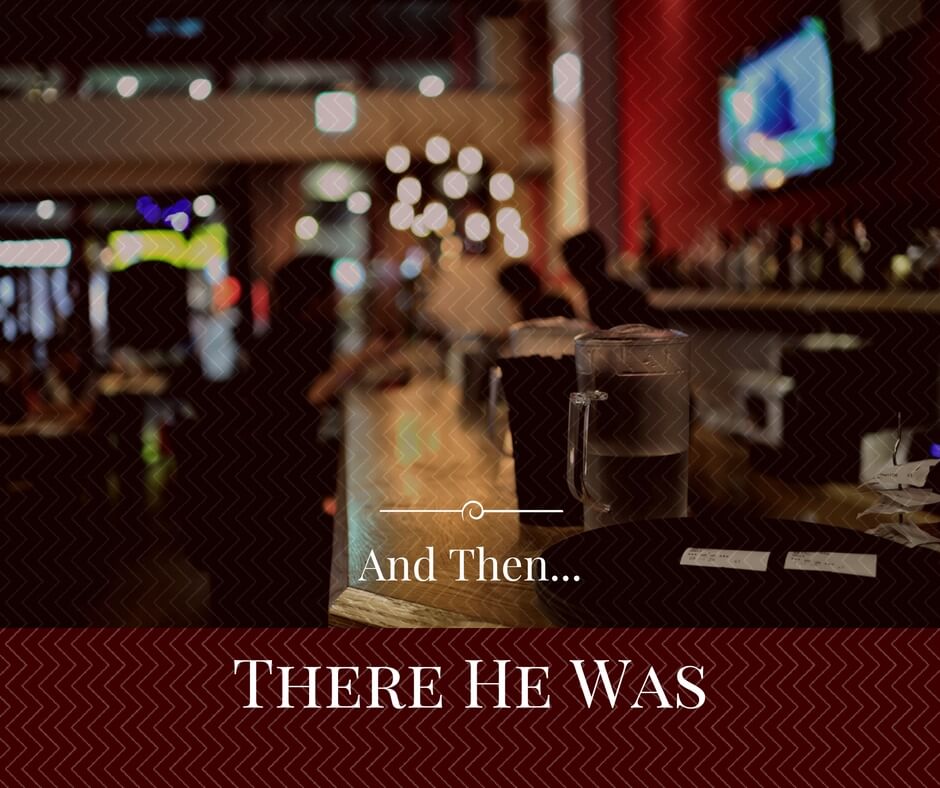