Nothing like a break up to make you question everything you believe in. Who am I? What do I want out of life? What do I want from a partner? Usually the only things we can decipher out of a break up are what we no longer want, who we no longer want to be and what we can no longer accept from another. This is the case with my most recent love life debacle. It was more like the titanic and I was a member of the orchestra playing my most favorite tune as the entire thing sank and everyone was saving themselves. I couldn’t even muster up enough courage to be the captain, to boldly say goodbye and hold on to the wheel as the rush of catastrophe encompassed all of me. Nope, I pretended like it wasn’t sinking, wasn’t ending and played my melodious tune trying to raise spirits as I approached relationships death door. I admirably took my place amongst the other members, took out my instrument and let the world around me fall apart. At that point, there was nothing left for me to do but say goodbye to what once was, to watch all I had tried to build sink beneath the icy waters into the oblivion. But what if….what if letting go of what was clearly not meant to be was not a travesty at all, but rather another crossroad in the life of love, pointing me in a totally different direction? What if, letting the sea swallow up what once was….allowed me to open up to what could be? Could life really be that cruel? To let so much die in order to have so much more grow? The answer remains to be seen, but I do see a glimmer of hope. I can tell you this; Not only did the relationship die, along with my old hopes and dreams, but so did that girl. So did the woman that I was that day. She is gone. And right now….I don’t even miss her. And the woman that stands before you now….is becoming a better me. EVERY. SINGLE. DAY. 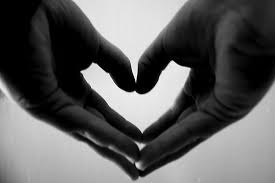