Four dates in four days. I knew he was as smitten with me as I was with him. He called the day after our fourth date and asked me if I’d like to go to the city with him over the next weekend. I love the city. To me it is a magical place. The architecture is stunning, the people the smells, the feeling it has around the holidays is the true essence of Christmas in my book. I was hosting a holiday dinner party at my house and I was doing a traditional Italian Sunday dinner. Well, I am sure not the Italian diner he was used to being in his mind I wasn’t a real one, but the Italian dinner I had grown up eating every Sunday of my life. Homemade Sauce with brasciole, sausage, meatballs, eggplant, salad, bread, pasta, appetizers of meats and cheeses, fennel on the table, olives and of course more bread. Followed by coffee, demitasse as my father called it and pastries.

He asked me numerous times if A) He should eat before he came and 2) If he should bring a tray of food from a place he liked to eat. Now I get that maybe you are unsure if I can cook, but honestly, it’s a DINNER PARTY and the good thing is I CAN COOK! I told him numerous times that it was unnecessary for him to bring anything but desert and I would appreciate him stop asking if he should eat beforehand because it was insulting. He didn’t understand that. He said he was trying to be nice because if he hated my food and didn’t eat it he would not only upset me, but end up hungry. The conversation was ridiculous to me because I have never had anyone not like my food. Well, let me rephrase that, no one has ever not liked my Sunday Dinners.

The diner went off without a hitch and I take by the fact that he filled his plate three times he liked my food. My family left and it was a group of my friends when we decided to watch a movie. I had picked my favorite holiday type movie. Not your traditional Christmas Movie like It’s a Wonderful Life or Holiday Inn or White Christmas, but Serendipity. A movie based on fate, destiny. It took you on a journey through all seasons, starting and ending with Christmas and the underling storyline of Believing. As I have mentioned many times Believe is my favorite word. The rule in my house even with my teenage children is that the Magic of Christmas lies in believing. If you don’t believe in Santa or miracles or the spirit of Christmas you don’t get gifts. I thought it was a perfect Movie to sip our after dinner drinks to. Also because I thought he was MY Serendipity.

I was sorely mistaken. He thought the movie choice was ludicrous. He went as far as to make such a stink over it that no one could actually enjoy the movie and we only got about fifteen minutes in when we had to turn it off. That was not his best moment, but again, he didn’t see anything wrong with creating enough of a stink to effect six other people who were enjoying themselves and the movie that was chosen. We turned off the movie and in a split second,spontaneously decided to make a trip to the city. We would go see the tree and finish off the night in true Christmas fashion. This was not the date I had thought we’d take to the city, but I guess that would come later.

We all piled into our cars and met at Serendipity’s house. We left cars at his place and all crammed into mine and over the bridge we went. We saw the tree, walked 5th avenue, took photos and stood on church stairs. It was glorious and festive and I loved it, but I noticed he never held my hand that night. All our friends including the Pilot knew we had been on a few dates and that things were going swimmingly, I wasn’t sure why there was no affection. We got back to his place and everyone got into their cars and drove off and I stood by mine waiting for my invitation inside with him.

He said “Are you coming in?” I said “You haven’t invited me yet” And with that he grabbed my hand and we went inside. We unbundled ourselves form the cold winter air and laid on the couch together. As we were making out on his couch, he stops and says “I need to tell you something.” Not exactly the best timing and I thought it strange to stop a woman in the middle of making out to say that. My heart sank as I waited for him to tell me that he was married or gay or something that would change things. Then he spoke…..”I’m not going to try to sleep with you,,,” All I could muster was “EVER?” 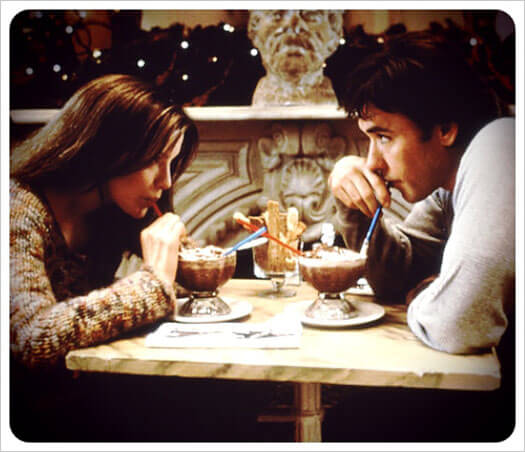