Serendipity and I got along really well. Everything with him seemed to flow so naturally. I thought about what he said about making the moves on me. “I’m not going to try to sleep with you” I had him elaborate on that because I wasn’t sure if he meant that night or ever. He explained that he had seen a lot of women in his life, slept with quite a few of them. That he was older now and not that guy at the club doing crazy things with women in hotel rooms. That he was ready for something more meaningful and that the next woman he slept with was going to be the last woman he slept with. I thought it was chivalrous and old-fashioned and smart of him. He made me feel at ease that he wasn’t just trying to get into my pants. Don’t get me wrong, this man was very sexy to me. He was a fantastic kisser and eventually I would not be able to control myself and I was hoping the same could be said for him. But it was nice to have that burden off my shoulders and get to know a man purely on a platonic basis.

Ever notice how sex seems to muddy the waters? When you are getting to know someone, sometimes, things can be cloudy after being sexually involved. Habits, beliefs, things you can’t stand are sometimes overlooked because you are so enthralled with having that person, wanting them and having them want you. I was glad that we had agreed, mostly him, more than me, that we would take that off the table and rely purely on our personalities and see if they fit together before taking the next step. Fine.

We had some more amazing dates and being with him made me feel safe and secure and beautiful. Every time he saw me I could see his face light up and his eyes come alive, something that I think on a regular day with him were not so bright. I did notice quickly that he was set in his ways. I’m not sure if it was because he was older and had basically lived his life according to him, no one else. He had responsibilities, but not for other human beings besides his family. He had his mother, that was older, but still in pretty good health and had her wits about her. She was funny and lively and seemed very much excited he had met me. She spoke to me on social media quite often and I thought she was just delightful.

Christmas was rolling in fast and the dressed question of “what do I get him” was on my mind. We had only been seeing each other a few weeks, but I could tell I was falling fast and hard for this man. I knew I had love growing for him and I could tell his feelings for me were mutual. We had so much in common and yet were so very very different, but isn’t that what it’s all about? Enjoying the fact that you have things in common, common core and values and beliefs and also being able to explore each other in a way that maybe you didn’t know existed. Being able to look at the things you don’t have in common and see if they are things you may enjoy, or can see eye to eye on. I knew better than to ever bring up politics because that, we did not see eye to eye on.

I admit I know nothing about politics, I don’t know much about law and diplomacy and such, but I did believe that there are certain human rights that needed to be upheld and I don’t think they fell in line with his beliefs, so I left those off the table. They sat on the sideline next to sex until it was time for them to get in the game.

My gift was something small, inexpensive, but hopefully he would think it was thoughtful. I wanted him to know that I understood him, that I was listening to him and that I cared as much about what he thought was important, so I got a small engraved, garden headstone for his departed cat. I crossed my fingers and hoped that it was something he would enjoy and that he could remember the cat with and know that in a way, nothing really ever dies, it lives on in you and your memories.

I did not realize how sensitive Serendipity was. He opened the gift and got choked up. It was heartfelt and the tears were real as he mourned for his lifetime friend that was gone. Then I realized…..I wasn’t competing against an ex girlfriend or deceased wife that was glorified by her passing, I would now be competing against a cat. I would have to find a way to be just as meaningful as his cat was…..you’re kidding me right? 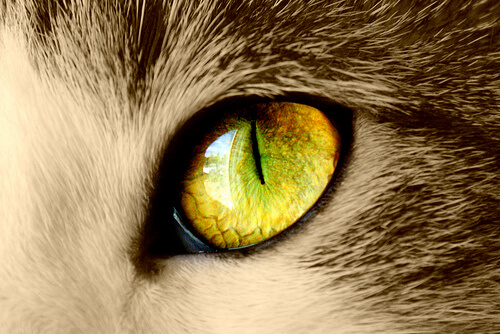