The driver was not helping!  I received a call from Serendipity while in the car on my two-hour drive to his mother’s house.  I told him I was sorry I hadn’t been able to talk all day and that my boss was all over me and lied and said I was sitting in my car in the parking lot of the A&P with all the other woman who would have no one to kiss at midnight on New Year’s Eve.  He believed me hook, line and sinker, which is weird because I am a VERY bad liar.  He told me to calm down and that now that I was out of work and getting ready to go see my friends that the day should improve.  My response was “I believe you are right, the day is about to get better.”

My heart was in my throat.  He was out shopping as the weather wasn’t great and it was cloudy and he was annoyed he couldn’t go to the beach.  At the exact moment I got off the phone with him his mother popped in. “Did you land?”  It was like we were spies and our mission was clear.  I was to arrive 1000 miles from my home, shortly before the stroke of midnight to get my man.  “Yes” I told her.  She was very matter of fact, like she had done this plenty of times, I on the other hand was a nervous mess.  She then asked me “What is your arrival time?”  I told her I was about an hour away and we then devised the plan of surprise.  I would come to the door, she would have him get the door and then the rest was up to him I guess in terms of his reaction.

There was no way in hell he thought I was not at home, let alone seven states away and about to show up on his doorstep.  I was nervous in the car and the ride was long and in order to pass the time I began to make video’s of the countdown.  “We are T-minus 1 hour from his house and operation Go Get Your Man was well underway” Then “We are now T-minus 30 minutes away and he has no idea what is about to happen”  Then it was just about upon me.  I was less than 20 minutes away and I think even the driver began to get nervous for me.  I fixed my hair, my make-up, had a few breath mints and all of a sudden, there we were.  In the driveway of his mother’s house.

I gave the driver my phone and set up the video as to capture the moment.  If it was good, we keep the footage, if it’s bad, everything gets destroyed and we never talk about it again.  I stepped out of the car wearing my great white jeans that hugged my ass and flared at the bottom.  I had on a black tube top covered by a tiny black jacket.  My hair was full of curls and my lipstick pink and poppin of course.  I took a deep breath.  The moment of truth.  Either he was pleasantly surprised and gathered me up into his arms or he gave me that look as if I had three heads and he wanted nothing to do with me.  Please god be happy to see me.  Or at least fake it at this point.

I stepped onto the front porch and stood for a minute and tried to stop the trembling in my hands.  The front door was open and I could hear rustling around going on inside.  I rang the door bell.  I head a shaky voice yell out “Serendipity get the door”  Then nothing.  Silence.  Then a voice from farther away said “Why can’t you get it, I’m laying down.”  God this was killing me, answer the fucking door already.  Again the shaky voice yelled, but with more determination this time. “Get the door I’m busy”  In a quick flash the male voice, which I knew was Serendipity’s yelled back with fury “I’m not wearing any pants, you want me to go to the door with no pants on?  FINE. I WILL”

He arrived at the door.  His face fell as he stood there with no pants on, being video taped.  “Hi”  I said.  “I didn’t want to miss kissing you at midnight, so I thought I’d come here and make that happen.”  He stood, silent, pantsless, immobile, inaudible.  The seconds seemed to tick by with the sound of a bell tower in my bead; tick, tick, tick.  My mind was racing.  My hands were sweating and my whole body felt like it was going into convulsions.  He just stood there.  I think smiling, but unable to comprehend what was going on.  SAY SOMETHING DAMN IT. 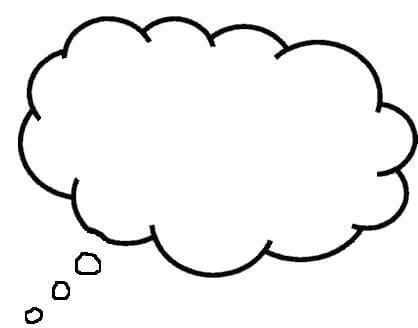