I laid there that night in his arms, in his bed, in his mother’s house and all I could think of was how amazing this day had been. How wonderful this moment was, the surprise, the kiss on the beach, the fireworks. I had had such a string of horrendous moments in my life and it felt a little out-of-place. Like I was all of a sudden waiting for the other shoe to drop. What would it be? It would be something. This was too good to be true. I was desperately trying to stay in the moment. To revel in the new-found feeling of bliss, but my brain didn’t necessarily operate that way. It wanted to protect, it wanted to shy away, but I wasn’t going to let it. I was going to lay there, enjoying the feel of his arms around me as they enveloped me and I allowed myself to be that close to someone. The form of intimacy that was being created was not one based on sex or lust, it was deeper than that. It felt real. It felt right. That’s why I didn’t understand it.

The next morning I awoke and we had coffee, got ourselves together and headed to the beach. The sun was warm on my face with a slight breeze coming off the water. We laid on our backs, toes in the sand holding hands when the more serious conversations began to happen. “Do you ever think about getting married again?” he asked flatly. “Sometimes. Why?” I responded without skipping a beat. “I don’t know. Since I’ve never been married and by the looks of it you’re not all that great at it, I just wondered.” He said. Then there was silence for a few minutes as the words just hung in the air. Then he spoke again “Do you ever think about having more kids?” The words stung as I felt a rush of excitement and horror at the question. “Well, I always think about having more kids, but I’m getting old and I’m not sure I have the energy.” I answered. Again, a small silence and then I spoke “It’s not something you plan really. If two people want to be together, raise a family, then I see nothing wrong with having more kids. But I wouldn’t want to do it alone again like I did my last two.”

He smirked before he spoke and then said “I think I’d like to have kids.” My stomach either dropped or my uterus was angry and gave me a tiny punch. I swallowed hard and then just said it. “With me?” I cringed as I waited for him to answer. I don’t’ know why it was nerve-wracking for me, but the thought of having this man’s child after all the years he hadn’t had one felt like a huge responsibility. How could I be in love with someone and not want o give them something they always longed for? Then before he could speak I mentioned that I had been to a psychic that told me I would have a baby boy by the end of the year. He looked shocked and somewhat happy about this statement and he responded with “Was it mine?” That I did not know and I wasn’t about to continue this line of questioning. I let the conversation trail off with that.

He decided to go swimming and although I am not the kind of girl who gets her hair wet, I went in. It’s what he loves and I wanted to be a part of it, even though the water was cold. He held me in the water and we kissed for a bit. He had this goofy smile and I asked him what was up. “I don’t know…..I guess I’m happy.” I smiled back and kissed him and could feel that even in the cold water he was excited as he pressed himself against me. “Not bad for an old man in cold water after three jack and cokes huh?” He giggled and swam away. I was going to go after him, but I just stood there. He swam back and looked me in my eyes as he often did and then just blurted it out. “I love you” I was taken aback and the words although I felt it could not come out of my mouth. I kissed him. He said it again. I smiled sheepishly and didn’t know what to do. At that moment I was an ass. That’s what you wanted to hear you idiot! Say something! Now I was the one standing there with my mouth open unable to get past the shock of hearing those words. 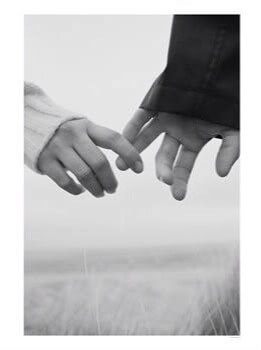