Valentine’s Day was nearing and the weather was cold and Serendipity although we were having fun, seemed down, a touch distant and just not as into things as he once was.  Maybe he was getting comfortable, maybe he knew that work was about to take over or maybe he suffered from that winter weather, no sunlight disorder that puts you in a bad mood no matter who you’re with or what you’re doing.  Whatever it was, I wasn’t going to let it get in the way of us.

Serendipity had lost his father some years back and he talked about him endlessly with such love and adoration.  He would show me pictures of them from when he was little and tell silly stories about their interactions and adventures.  When I saw the photo that he loved of him and his father together on the beach, his most favorite person aside from his mother at his favorite place to be, I knew this was what I would get him for Valentine’s Day.

I called my best friend who’s the artist and sent her the pic.  I asked her to work her magic and get me something I could frame in an authentic, old photo style.  She did her handy work and applied a coffee finish to the drawing to make it look like an old-time photograph and I went to the store and got an ornate frame for it.  I wrapped it up and put it in a gift bag and knew this was going to be the best gift EVER!

The day of love was upon us.  The big Valentine’s Day.  Where people take their sweetheart out to overpriced meals, in outfits they’d never wear again and hope that whatever trinket that was given was appreciated.  I knew that I was wearing a dress that I’d wear again because it looked great on me, I had my gift which I KNEW would be appreciated and I wasn’t even hungry but could use a glass of wine because gift giving makes me nervous.  Even if I know that the gift is a home run, sometimes somewhere in me gets insecure and thinks, what if they hate it or think I’m stupid?

I arrived at Serendipity’s house and he looked handsome as ever.  Dapper I would even say.  He kissed and hugged me and poured me a drink and we sat in the kitchen for a few minutes before the gift giving commenced.  Then it was there, right in front of me.  He handed me a beautiful bouquet of flowers, filled with purple ones, my favorite and a card.  I opened the card and inside was a piece of paper.  It was folded into fours.  I unfolded it and before I looked at what it was the card read “Because I believe in you” Seeing those words in print made me tear up.  I’m a big softy you know, but don’t tell anyone that because you’ll blow my image.

I looked down at the paper and it was my domain name.  Bought.  I owned it.  I originally started writing under a different name and I kept talking about how I wanted to change it and how I needed to brand myself and blah blah.  I never did it because I just didn’t have even that little extra money lying around, but there it was.  Now mine, well his, but with the “I believe in you” which meant more to me than I think he knows to this day.  My whole life, in all relationships, I have been told “You can’t do that”, “They won’t hire you”, “You’ll never get that job”, “Why do you have to go back to school”  Every single one of those statements as damaging as they are held me back.  He wasn’t interested in holding me back, but seeing me fly.  That was special.

Now the big reveal of his gift.  I offered it up to him with my hands extended and he took it.  Then he must have seen my face because he decided to sit down.  Based on how he reacted to the Cat Stone I knew this would hit him hard, but hopefully in a good way.  He opened just enough to see half of what it was and he was speechless.  His tears quickly filled his eyes and began to roll down his cheeks.  We stayed like that, in that moment, for quite some time.  It took him a while to regain his composure, but in the meantime,  I knew that this gift, this understanding of how important this human being was to him, made a difference.  It made a difference to him, it made a difference in our relationship.  I wanted him to know I heard him, I was listening, I understood him.  At least I thought I did…. 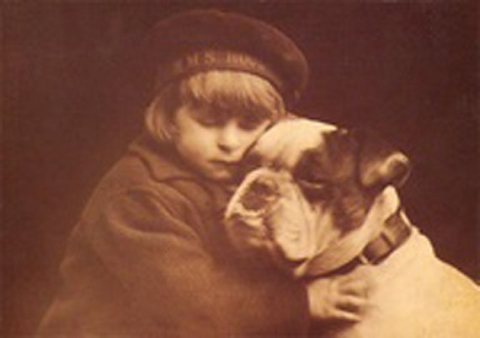