Once he composed himself and I composed myself and we thanked each other profusely, time was getting away from us and we had not only a reservation at some fancy restaurant, we were on a time schedule to meet up with another couple to go dancing.  He called his mother, sent a photo of the painting to his sister and cousin and after a few minutes for them all to love it, we were off.  We arrived at the restaurant and our table wasn’t ready even though we were running late.  We decided we’d sit at the bar and get something small and quick.  Unfortunately it was Valentine’s Day night and all restaurants seemed to have an over priced Prix Fix menu that was going to take us much longer than anticipated.

He looked at me and said “want to just grab something on the way to the club?”  I had no problem with that so “Sure” I said.  We hopped back into the car and headed off towards the club.  We were both going over what was on the way and would be quick, but couldn’t seem to figure anything out being I was sure we would need a reservation.  We past Burger King and he looked at me, I’m sure half kidding, half serious and I smiled and said “Why not?”  I gave him my order: 1 quarter pounder with cheese, extra pickle, no lettuce, large fry, no drink and maybe a  cheeseburger with extra pickle just in case.  He looked at me for a minute, but there was nothing in my voice that was joking….I was hungry and a girl’s gotta eat!

He walked in the cold and the snow into Burger King and appeared a few minutes later with our Valentine’s Day dinner. We ate in the car, sitting in the parking lot and I have to say it was one of the most memorable Valentine’s Days ever.  We laughed and gobbled up our burgers and fries which were delicious and we threw away the evidence of our meal and headed to the club.  I could tell he was a little in awe, probably expecting me to be annoyed and upset we weren’t at some fancy restaurant, with candlelight and the romantic works, but for some reason.  None of it bothered me.  I actually thought it was very romantic.  If we had no money and couldn’t do anything we would get Burger King and make the best of it.  It was the fact we were together and that’s what mattered.

Not the glare of candlelight or the high-priced items on a menu made up just for one day.  I enjoyed the night thoroughly and was happy it was off to such a great start.  We got to the club, drinks in hand and had a wonderful time dancing the night away.  Well, I mostly danced and he discussed all the clubs he used to go to and dance at, but I knew he was having a great time. He was smiling and holding and touching, all the things I don’t care for all that much, but I was letting it grow on me.  I had to make a conscious effort to allow the touching and public display of affection, but it was still nice.

I always feel like one day I will really like to be touched, held, have my hair played with.  I will not mind the touch of a man, his caress, his hand holding and hugging.  I won’t want to cringe or shy away I will appreciate it with full force.  This was not that time although I was letting it envelop me the best I could.  I loved this man or at least knew I had extremely strong feelings for him, but touching was so intimate.  It was getting into my personal space, it was getting into my head.  I wasn’t good at allowing that to happen just yet.  But sex….sex I could do and I had decided that there was no more time to waste this would be the night.

And it was.  And it was really good.  That’s all I could give it.  Really good.  I wish I could say great.  I wish I could say overwhelming and wondrous, but really good is what it was.  I was, however sure it would only get better with time.  How much time I wasn’t sure of, but there was no rush.  Sex was now on the table, it was now going to be part of our every day.  Or so I thought. 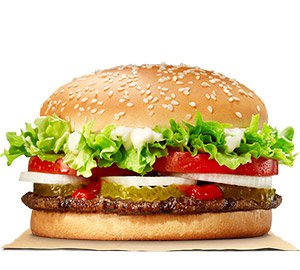