Words. People say a lot of words. I always find it interesting when words aren’t backed up by action. Or if words tell you one thing and the way someone acts tells you another. This was beginning to be the case with Serendipity. He would tell me he loved me, he would occasionally tell me he missed me, but he didn’t seem to be doing anything to show me that. There was not too much that I could go on besides the few months that we had had together that were great. What do they call that? The honeymoon phase? I once had a friend tell me I have shooting star relationships. I didn’t get what they meant by that, but looking back I can see it’s true. I have relationships that are hot, spark then burn out quickly. I didn’t want to do that anymore. I wanted something that lasted, something that was mine, someone who would cherish me and make me feel wanted. What a terrible feeling to go day after day feeling alone when you are actually involved with someone. I believe it to be the worst form of loneliness.

It was going on three to four weeks since the Valentine’s/wedding weekend which was seemingly the last real-time we had fun together. The last time I felt loved and the last time he seemed to have invested into us. That’s the other thing that gets me. Why on earth do people only put out effort when they are trying to get you and then they get you and they do nothing. I would think and I don’t actually know because I’ve never been in a relationship long enough to clearly tell, but I would think that you put in more effort once you have the person, not less? Because the dynamic changes. You get closer, the trust is being built, the walls are coming down. You are letting that person in and they are letting you in and once you are there that’s where the effort starts. That’s where you are working as a team to continue to enhance each other.

However with Serendipity it went to nothing. Not much communication, not much seeing each other. It was like we were in a long distance relationship and he only lived twenty minutes away. I would have phone conversations and ask things like “I know you’ll be tired, but why don’t I meet you at your house after work, we can order take out and just hang out for an hour together on the couch?” The response was always the same; “No, I’m tired.” It was coming on the middle of March and I was getting sick of that answer. I needed attention and I hated being frozen out. At least that’s how it felt. I didn’t feel important, I didn’t feel wanted, I didn’t feel loved and all I wanted was some time with him. It felt needy and desperate and I hated how I was feeling.

We went to dinner one night that he actually agreed to see me, but only to hang out with friends of his. On the way to the restaurant he seemed down and sad and I asked him if he was ok. He responded with “I’ve just been feeling like the best of my life has already happened and there isn’t much to look forward to.” I was caught off guard by this statement. What? You are in the car with the woman you claimed you’d been waiting for all your life, who wants to live life and see the world and travel and have sex and enjoy each other and laugh and make memories together and you are feeling like you have nothing to look forward to? I of course took it personally, but really it was sad. He was sad. Suffering from depression in my opinion and probably should be seeing someone. I then suggest “Maybe you should start seeing someone, those feelings of being lost or so down that there’s nothing to look forward to are sure signs of depression.” He agreed he was down, but not that he needed to do anything about it.

That’s another thing…..how on earth can you consciously know you need help and do nothing about it? I felt bad for him, but more importantly it felt like I lost a little respect for him that night. I am a woman of action. I fix things. Myself, my life, my kids, the toilet seat if necessary. How are you going to give me something that clearly needs fixing, but refuses to be fixed? And with that I knew…..there wasn’t all that much I could do. I would have to accept this person as they are and hope they found clarity for themselves and that things went back to the way they were or I didn’t. So now doubt had set in…..but with me, I firmly believe for my actions to always back up my words. So the words would be somewhat different now. 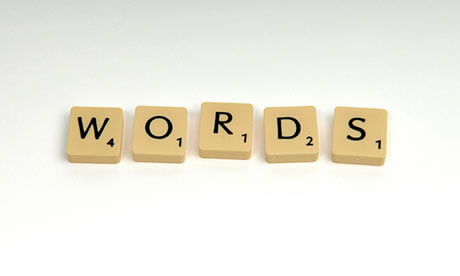