Now began a series of questions that would take me a bit of time to get past in my head. Things like, my tried and true, my fall back, my hot button; Why wasn’t I enough? I always seemed to internalize things. Somehow maybe I wasn’t good enough, maybe I didn’t love him enough or the right way. Maybe I wasn’t patient enough or giving enough and for that I would wrestle with in my brain. But I really thought I was all those things. I was generous and kind and open and giving. And yet, still, here I was. At the inevitable of my life’s story. Alone.

Why did it always seem to end up the same way? What was I doing wrong? Maybe I wasn’t actually doing anything wrong, but I was with the wrong people? When I began to look back on the men I have dated, been engaged to, married, they all seemed to have one thing in common; They weren’t enough for me. They all needed fixing, they all needed care and understanding to get them through whatever it was that was keeping them stuck. Gingham used to tell me “I’m a man in transition.” You know how many Men in Transition I’ve dated? A lot!

And they seemed to be transitioning in all different ways. Some were moving or learning to communicate, some were getting out of bad relationships or changing jobs. Every one of them seemed to not be in a place that they could handle me. Big, hot, mess, me. Loud mouthed me. Demanding, me. Outgoing, life of the party, always looking for a joke me. Center of attention, always having drama me. Hmm…so was it them or was it me? Maybe a combination of both, but some how, some way I needed to stop dating the same guy over and over.

During this time I have a guy friend of mine living in a bedroom of my house. He always seemed to have some sort of Drama surrounding him; his job or lack there of, his kids, his ex-wife, his parents. Everything was always in flux and he returned from the land of sunshine and needed a place to stay. Now being I was without a home just a few short months prior and I had an extra bedroom in my new spacious apartment, I let him stay.

I would get his perspective on why guys did what they did. Why they acted like such strange creatures and why it was so hard for men to just care for someone and show it. Drama would tell me about this one and that one that he dated, he would give me good insight into what men thought and we soon became really great friends. It was purely platonic and I liked it that way. I didn’t want to worry about him trying to sleep with me or be in my bedroom when I woke up in the middle of the night trying to catch a glimpse of my ass. I was happy he was there and we had a lot of fun together.

It’s strange to keep a guy purely as a platonic friend. I liked it. It was working for me, my kids, my household. He was in search of work and in the meantime would pick up and drop off kids, take out the dogs and do odds and ends around the house to feel like he was participating. He did all the “stuff” I didn’t feel like doing and it was working out swimmingly for both of us. As I wrestled with the loneliness of losing Serendipity and that our last words were via email and he didn’t even have the courage to call me and see what was going on, Drama was there for me. To listen, to laugh with and to be a friend. Because that’s what I needed.

No more people looking for more from me, no more men wanting things I can provide but giving nothing in return. This was the perfect scenario. Or so I thought. 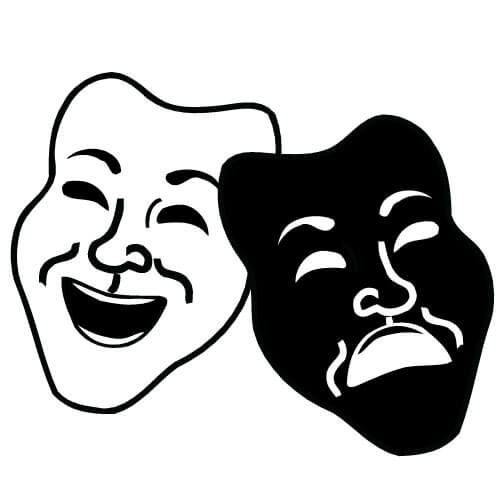