The best thing about positivity is that it’s contagious.  It constantly gains momentum as you throw it around everywhere.  It starts to seep into everything you do, into everywhere you go and into everything you are.  Now I’m not saying that I don’t get down or act like a bitch from time to time, but that sad, pathetic, struggling girl had blossomed into a vibrant, upbeat woman and I was liking her more and more every day.  It was like everything I saw, everything I touched didn’t turn to shit anymore.  It was a very empowering feeling.  It was like not only was I new and exciting, but the whole world was.  Could this really be what it’s supposed to be like?  Choosing happiness?  Choosing how you will feel, act, be and then not just letting it happen, but making it happen.  I really was in charge of my life and if I wanted I could change it, but I couldn’t just do it by changing my surroundings, I had to start from within.  It was beginning to get me excited to wake up in the morning, excited to get out of bed and see what new adventure was ahead of me.

Every weekend from Memorial Day through Labor Day I spent laying on the beach next to the lake with my best friends.  Sipping cocktails and soaking in the sun and relaxing.  I let the sun wash over me, the alcohol hit me and the sound of silence really penetrate me.  My friends started asking if something was wrong not because I appeared to be bothered by something but because I was quiet.  I was learning that I didn’t need to fill the silence, that it wasn’t as uncomfortable as  I used to think it was and actually it was blissful.  It was louder than anything I’d heard before and I could really listen.  To the sound of my breathing, to the sound in my gut, to the sound of me.  I could hear myself, yet again, begin to vibrate a relaxed, smoother self and I guess it was noticeable, but more importantly I could feel it.  So with many of my friends I didn’t have to prove it as I would have to with my children.  Maybe it was beginning to resonate off of me and for that I would revel in the silence even more.

For almost fifteen weeks, I was lucky enough to spend time not only doing what I loved, but learning what I loved, doing new things and doing it with the most important people.  I found myself listening to music more, like I used to.  In the morning when I had my coffee before work, I started getting up about fifteen minutes earlier to sit, listen to classical music and sip my coffee alone.  In my big armchair, just being.  I know it probably sounds stupid in some respect, but I can’t tell you what an awakening I had over those few months.  My shoulders have hurt my whole life.  They have been numb and burned with pain for as long as I can remember.  Stress will do that to you.  But now I felt a weight off of them.  I felt like I could breathe in more ways than one.  I could let go.  Of my past hurt, of the wrongs that had been done to me, that I didn’t have to any longer be held captive by feeling like I was the victim of my own life.

I would now be the victor.  I didn’t just survive, I would thrive.  It wasn’t easy, all that fun and freedom and happiness.  Some people think it’s annoying and on more than one occasion I was told that.  So your annoyed when I’m upset, but your also annoyed when I’m happy.  So this now sounds like your problem and not mine!  I also started trying to be more spiritual.  Trying to find my inner peace with the world.  With my past.  With myself.  The biggest critic you will ever have is yourself, but you can also be your biggest champion.  I decided through those few months, those weeks, that I could do anything.  I was unstoppable and I actually still believe that.

It goes back to my parents and how after fifty years of marriage they never quit.  There is always a way.  And I was going to find it, but this time when I set out on my quest, I was at a different starting point.  I was what I thought whole.  A whole person.  A whole heart.  Not a million broken pieces looking to be fixed.  I was full and I felt good.  I felt really good.  And I was ready to pass it on. 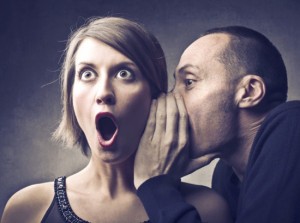