A few days went by and we text here and there, but we were both busy with kids and work and family and friends that the week flew by, at least for me it did and next thing I knew it was Saturday and our next date was upon me.  So I text and asked “Where are we going tonight?”  He responded with “It’s a surprise”  Now I know at this point he doesn’t know me that well, but I don’t like surprises.  As I’ve mentioned before I don’t usually get the grand surprises I get surprise more like “Surprise, you’re evicted”, “Surprise will you marry me, just kidding, my mother hates you I can’t do this”, “Surprise, I can’t wait for you to come home, but once you do I will throw you out on the street.”  They don’t go over very well with me as most surprises I have had are life changing and not for the better.  It would be just as good if he told me before we got there.  But that didn’t happen.  So I asked  “Well, what I am supposed to wear?” and his one word response basically said it all “Clothes”  Thank you, that helps very very little.

So I dolled up.  Hair did, make up on, sexy yet chic, late summer outfit.  He arrived at my door and this time I had a body-guard walk me out.  My oldest child couldn’t believe I was going out with him AGAIN.  “That’s 3 dates in 1 week mom, what the heck?”  That is the type of conversation that I had to endure about me dating.  So she decided she wanted to meet him and being she’s of age I couldn’t really stop her.  So we walk out together and I could tell he was a little shocked, so I guess I had a surprise of my own.  “Hi” she said “Hi” he said. They shook hands, exchanged niceties and she asked him “When will you have my mother home”  Then she turned and looked at me and said “Behave yourself, don’t drink too much and be home at a reasonable hour.”  All I could think of was what just happened here?  I am a grown ass woman and my child is now giving me “go out” instructions.

We drove away and headed to our secret destination.  We arrived waterfront and I instantly was excited.  The valet took the car, as Dimples opened my door and helped me out by holding his hand out for me to grab.  We walked hand in hand into the restaurant.  I felt very badass at that moment.  We both looked pretty damn good, we both had tans, we both smelled of lovely fresh scents and walked with a sort of ease, like we glided through the crowd effortlessly to the bar and sat at a table.  He went to order us drinks and came back with two glasses and a bottle of wine, Malbec.  My favorite.  He really was ALL that and he paid attention to what I liked because so far he was doing marvelously at getting my attention.

Then the conversation got serious.  So I asked him “Who’d you pick in the fantasy draft as your quarterback?” Silence.  He went through his running back, his wide receiver, to the kicker I’d suggested, but he wouldn’t tell me the quarterback.  I asked again.  “Who’d you pick in the fantasy draft as your quarterback.”  And his response was this “I don’t want to tell you”  That’s when I knew.  I knew this long time Giants fan, hater of all things Cowboys and Eagles was sitting with a season traitor.  “Oh My God, you picked Tony Romo didn’t you?”  As he explained his reasoning and how he’s a top five pick in the NFL, I poked and prodded and teased him and the night was off to a thrillingly fun start.

Our table was ready and he again held out his hand, stepped down from the landing we were on and gliding again through the crowd we went.  We walked outside and sat alongside the water.  The breeze was warm, the air was sweet and the scenery was divine.  It had all the makings of yet another amazing evening.  We held hands across the table, he poured wine and I could feel myself sinking into him.  Hanging on his words, listening as he made jokes and told me about his past and his family and how his eyes lit up when he spoke about his boys.  Dinner was exquisite and when it was over we walked along that waterfront.  We stopped to gaze out at the skyline and he hugged me from behind.  It was a warm and gentle squeeze that had its own personal language.  A language I wasn’t used to hearing….and it was music to my ears. 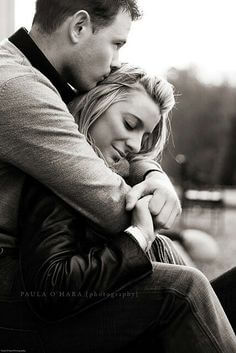