He held out his hand again and we glided our way back to the car.  I wasn’t sure if we were just effortlessly in sync with each other or my head was just floating.  We got back to the valet and while we waited for the car it was like no one else mattered.  He held my hand, he smiled, he kissed the side of my head and he wrapped his arm around me.  It was easy, it was simple, it was nice.  Really, really nice.  The car arrived and he opened my door, allowing enough time for me to get in, make sure I was ok, then shut he door behind me.  He got in and we were off, but at this point I wasn’t exactly sure if he had anymore “surprises” in store for me.  So I asked “Where to now?”  Again with the smile and the dimples and the melting of my loins.

“How about we go back to my place for a drink?”  It felt a little like in the old movies when they asked at the door “Do you want to come in for a nightcap?” I agreed and we took the drive up to his place.  He lived about 15 minutes from me, north, but about 40 minutes from where the restaurant was.  We chatted in the car, on more of a serious note at this point.  I guess it was time to talk, really talk.  Really hear where we stood on certain things being this was the turning point date.  This was the determination of date four and many more after that.  If we didn’t see eye to eye, maybe we would have to cut it off before it really snowballed.  He asked me probing questions like “How do you feel about marriage?”, “Do you want to get married again?”  “How about kids?  Do you want more kids?”, “How do you feel about me having kids?  About me having a little one?”, etc.  They seemed to go on and on.  So I answered them one by one.  1) I believed whole heartedly in marriage, the institution of it, the coming together of two people, the endless bonds that are formed through it.  2) I wasn’t sure I wanted to get married, but I did see myself married. 3) I do not want more kids, I am at the finish line and although I had wanted a bigger family in the past, I now have cats, lots of them. 4)  I am fine with you having kids.  It’s nice that we are both in the same position as single parents of teenagers, albeit your situation may be a bit easier being you have a son and I have a daughter.  Daughters are like nothing else in the world.  A blessing and a curse. 5) Your little one?  He scares me.  I don’t know if I can be a part of a little ones life until I know it’s something for real, something long lasting, something that will be as close to forever as possible.  I can no longer come and go into people’s lives, especially children’s, it’s too heart wrenching for me.

The car ride seemed to last forever and I wasn’t sure if we had just been really far away at dinner or if he was taking his time on purpose.  As we approached his exit, my heart sank and my face got hot.  It was the exit I took for Jolly Guy’s house.  It was the exit I hadn’t taken in over a year.  It was the exit that my daughters and I gave the finger to every time we passed it on the highway.  And now, as we were talking and I was warming up to him completely, my mind began to race.  I didn’t know you lived here!  Why are we taking THIS exit.  I had to quiet my mind as the thoughts and feelings began to flood back to me of the day I left Jolly Guy’s house.  Of the pain and the turmoil and the heartbreak I felt.  I merely said, with what I hoped wasn’t a quivering voice “I didn’t realize you lived off this exit?  I used to live off this exit too.”  He responded with “I always forget you lived up here.”  And with that thankfully we turned the opposite way of Jolly Guys house and my stomach returned to it’s normal position and no longer in my bowels.  We pulled into his driveway, we approached the door and before we walked inside he leaned in and kissed me.  At that moment I knew once we went inside we were no longer going to be asking 20 questions, we were going to have sex.  And I was excited. 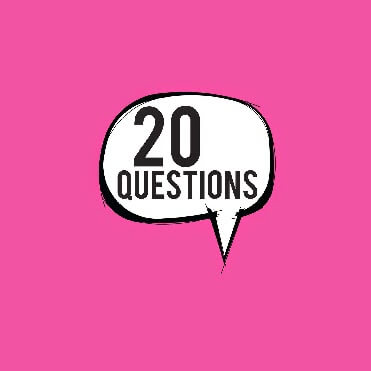