The door opened and we went inside.  Up the stairs and towards the kitchen where there were bar stools up against a kitchen island/bar.  I sat down and he got out wine.  He uncorked it and poured two glasses.  I sat on the end chair and he stood in front of me as we chatted for quite some time and sipped our wine.  He seemed to be beaming at this point and I could feel the sexual tension begin to rise along with my body temperature.  The wine was definitely starting to go to my head, but I still had my wits about me.  As I was in the middle of a sentence he leaned in and kissed me hard.  And for a long time, and in the process of this kiss he stood me up from the bar stool.  He grabbed my face, you know like they do in the movies?  He looked straight into my eyes and before laying another kiss on me he smiled.  It seemed like a happy smile, but it was hard for me not to think that quite possibly it was the smile of a diabolical serial killer frantically happy they have their next victim right where they wanted them.  I shoved that image out of my head and went with my gut.

He grabbed my hand and led me upstairs to his room that somehow when I wasn’t looking, now had soft music on, candles lit and the wine we were just drinking sitting on a nightstand.  I’m pretty sure he was in the room with me the whole time so I began to think that maybe someone else may in fact be there and I couldn’t resist so I asked “When did you do all this?”  He again smiled sheepishly and said, “When we got here and I went to the bathroom, I guess it was wishful thinking?”  I was put at ease and we stood in his bedroom kissing some more.  Remember that I was wearing that chic, sexy, late summer outfit for dinner?  Well it contained a very tight pair of skinny jeans, very high heels, a cute tank top and a blazer.  The blazer was slowly removed as he laid it gently on his armchair.  Then I could see his face move from excited to puzzled.  Hmm…interesting.  His facial expressions were very animated although I wasn’t following what he was saying to himself.  So again, I asked “What’s with the face?”

He took about a two second beat and then said “I was trying to figure out how to get those clothes off you, but they look painted on and I will fumble and look like an idiot, so how about we just get naked?”  With a giggle and a kiss, that is exactly what we did.  I laid next to him on the bed horizontally as again, conversation started up.  Typically I would be wishing the lights were off or that it was darker so he couldn’t see me.  I too have my own body image issues with the thought of my boobs being so small or that most days I feel like gravity is pulling my ass down to earth by way of the back of my legs.  I didn’t feel any of that this time.  I wasn’t concerned with what he thought of my 5’9″ self, standing at 128 lbs. with a bra size of 36A, of which I may add that it is nearly impossible to find that bra size.  I digress. He watched every curve of my body, every contoured line that the candlelight hit in what appeared to be sheer amazement.  Maybe he wasn’t planning on me looking like that out of clothes?  Maybe he wasn’t planning on having a naked woman laying on his bed?  I’m not sure, but he looked genuinely pleased with himself and with me.

I laid on my stomach, arms folded under my head facing him while we talked as he took one finger and seemed to trace the outline of my body.  Up and down he went, occasionally looking up to look in my eyes.  Then he leaned over and kissed my cheek, then my shoulder, then he rolled me over and enveloped me in his arms and kissed me some more. His closeness, his body against mine, his kiss, his touch, the way he looked in my eyes…..this was not just having sex.  This was something extremely different.  This was something that was touching my inner soul, this seemed to reach the inner depths of my insecurities and wash them away, this was a sense of intimacy I hadn’t experienced before.  This was the real deal. I was the real deal. Dimples was the real deal.  We were the real deal. 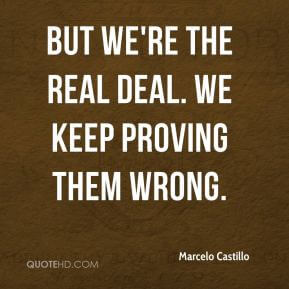