All systems were go.  I was operating on all cylinders at this point, but not auto pilot.  I let him take the lead as he climbed on top of me.  All of a sudden something I had felt pressing up against me seemed to have disappeared.  I instantly became disappointed.  I forgot I was penis kryptonite and apparently any penis that gets close to me seems to instantly stop working.  It’s like Superman the minute he’s in the vicinity of Kryptonite.  I was that source of energy that made men not be able to keep a hard on.  I was furious in my head at myself for thinking this was going to work out without any hiccups, how come I couldn’t keep a man’s interest long enough for great sex?  I sucked!  So I treaded lightly as to not embarrass him and asked “Everything ok?”  He didn’t skip a beat and said “Of course, got a little nervous….give me a minute”  We laughed and kissed and all of a sudden we were back at all systems go!  The blood from the rest of his body seemed to make its way down to his genitals and within minutes he was stiff as a board.

From that moment on, there were no hiccups.  There was no Kryptonite, there were no stops along the way, no minor interruptions.  From that moment on I was in pure bliss.  Allowing him to release my tensions and fears.  Allowing he and I to be as close as two people can be, but not in a tawdry, cheap sense of the word.  It was sex, yes, but it was more than that.  It was like an eloquent dance played out by professional dancers, effortless and flowing and in sync.  You know how Fred Astaire and Rita Hayworth were on-screen?  All fluid and syncopated and not missing a beat.  They were in unison with every move they made.  It was like watching one person, but it was two operating as one.  That’s what having sex with this man was like.  It was warm, it was passionate, it was comfortable, it was blissful and it was fulfilling.  It embodied everything I’d ever longed for.  When it was over, I laid there thinking for a few minutes.  I wasn’t sure I’d ever had sex like that.  I wasn’t sure how he did it or what he did exactly, but I was pretty certain I had just made love to a man for the very first time.  How was that even possible when I wasn’t in love yet?

For the very first most amazing time in the history of being me, sex was good.  Sex was GREAT.  It was sensual, it was captivating, it was like I was free.  I wasn’t sure if it was because I hadn’t had sex that good before, or if it was because of who I was as a woman at that very moment or if it was because I was in the prime of my life.  Whatever it was, I was planning on doing it again and again and again.  He must have been reading my thoughts because about fifteen minutes later, after chatting and kissing some more, it happened again.  I was taken by how easily his appendage got right back to work without hesitation.  He was no longer nervous and there was no doubt he had no issues in that department.  Again when we were done the holding, the cuddling, the wrapping himself around me.  At first it came as a surprise, not that he did it, but because of how much I liked it.  I loved it actually.  He wrapped himself around me, spooning me on our sides as he kissed my shoulder and caressed my leg.

And then, while chatting and playing it happened again.  Third time’s a charm they say.  Again, no hesitation, no issue with his manly parts.  He was now officially an urban legend.  A man, a beautiful man, intelligent, good job, great father, funny, giving, attentive, sensitive, strong, single AND his penis got hard with no prompting.  I found it!  I struck GOLD!  Was this even humanly possible?  My friends and I had only heard about men like this.  Everyone searched for one who was age appropriate AND had all these qualities.  Frick & Frack had outdone themselves.  I don’t know if even THEY knew this lockness monster, this Big Foot, this legend existed.  But he dd.  And I was dating him.  I was laying in his bed.  And I wasn’t planning on leaving.  Maybe ever. 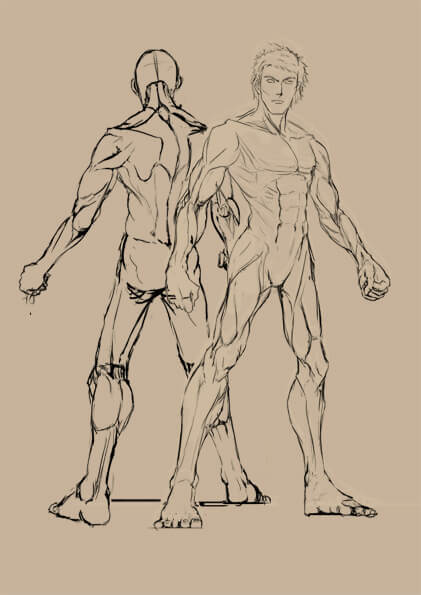