I woke up on Monday morning with a skip in my step. I was headed to work with a smile on my face still from the amazing weekend I had just experienced. The day went off without a hitch. I was moving and shaking and handling things like nobodies business. I was a bit nervous that my boss would notice some kind of after sex glow or something, but I didn’t care, because I was happy. I didn’t hear from dimples for most of the day which I didn’t mind because I knew we were getting together for dinner that night and at some point, when he was free, he would text me.

Just then my phone pinged. There he was! I thought. I picked up my phone with excitement and a little bit of girlish fever when I began to read the message. It went like this:

You ready for the other shoe? Cause I’m droppin it like it’s hot tonight. After walking on a cloud for the last week the reality of MY life punched me in the face today…..the hot mess shit show of a life belongs to yours truly…wear your kicks tonight because I’m sure you’re gonna wanna run….and if you don’t your truly a gluten….

I read it a few times as my heart sank into my knees. What the hell was he talking about? Oh god, maybe he hated the sex? Maybe he was a woman after all? No that wasn’t possible, I SAW it! Maybe he was gay? Not possible. Oh My God, he’s married. Jesus Christ he’s married! I didn’t know what he could be talking about, but I made up a million scenarios in my head; one worse than the next. I took a breath, emailed my girlfriends and asked what the hell he could possible be talking about. I emailed my girlfriends more so to talk me off the ledge. I was on cloud nine and he had just ripped a big fat fucking hole in my balloon and now I was deflated. So I again treaded lightly. “I’m not sure what that means, can you give me a little more info please?”

Then I received the next “clue”

I’ll give you details tonight if that’s alright. If you want a long email to decide if you even want to see me tonight I’ll write it out, but between two kids, their mother’s, my grandfather, this life of mine is literally the hot mess and from the shit show I dealt with today I’m not sure I want to deal with my shit never mind someone else having to deal….

Maybe I wasn’t reading it correctly. I’m a terrible text reader. Did he just tell me he can’t handle his life and me? Is this some passive aggressive way of breaking things off with me? I was a bit frantic because I don’t know how you go from complete bliss to total terror in a matter of hours. I was crushed and it didn’t feel good. Not good at all. It was like the shoe that dropped smacked me right in the face. I asked again for him to explain what he was talking about and all I got was. “I will tell you tonight”

It was only 1 o’clock in the afternoon and he drops this in my lap and then goes silent. Do you know what that does to a person? I now had to wait until 7 pm at night to find out if he was breaking up with me. I was crawling out of my skin with worry. Like I said, I made up a hundred scenarios in my head about what he possibly could tell me that would surprise me. ME! After all I’ve been through you REALLY had to have some deep, dark, twisty shit going on if you think I’d be scared off. I mean, if it was something that I couldn’t handle like he was married, he used to be a woman, he had an addiction to Heroin….maybe I could understand, but he insinuated it was life stuff. Did he think everyone’s life was perfect but his?

The suspense was KILLING me. Finally the work day ended and I was on pins and needles waiting for him to pick me up. The car pulled up and I hurried outside as if I was running from something. I got in the car and merely said “So?” He was clearly agitated and on edge. He wasn’t smiling, there was no music on in the car, he seemed distracted and then I thought……maybe he’s running from the law? Or in witness protection? TELL ME ALREADY! He said nothing in the car except “Let’s wait until we get to the restaurant.” I could have throat punched him right then and there. So we drive in silence to the restaurant. Complete. Silence. 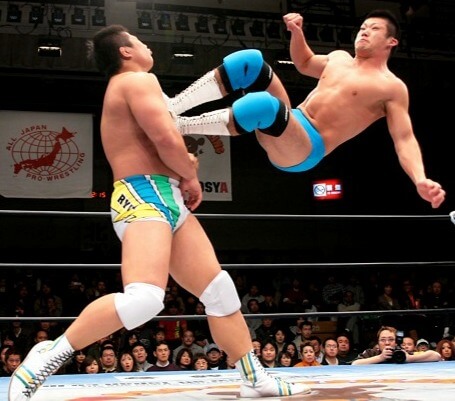