He got to the end of his very long speech about his life and I felt like I was being punked.  Did Dimples really and truly honestly believe that everyone else’s life was “put together” except his?  I formed my words in my head before I spoke which is something I don’t normally do, but I felt like I had to organize my thoughts before blurting anything out.  I came to this conclusion and I began to speak:

“I appreciate you wanting to put all the card on the table, I appreciate that you wanted to give me a choice as to whether or not I wanted to deal with you and your crap or not, but in my opinion life doesn’t work that way.  Life is messy.  All of it.  For everyone.  Your crap is your crap.  I have more than enough of my own crap, but in those messy, crappy days we look for something to be a ray of light.  We get through our crap by being able to have something to look forward to.  I am thinking, maybe I could be that something, that you could look forward to?  I don’t need to make any choices or decisions.  I have no interest in fixing you or your crap. As I’ve learned the only person that can fix our crap is ourselves.  We choose to let it keep a hold of us like a vice and bring us down, or we realize we can only do what we can do and in there somewhere we live.  We live our lives to the best of our ability.  We search for meaning and truth and love and sometimes we find it; in our family, in our friends or in a significant other.  I already care about you in this one short week of complete and utter bliss, but life is real, life is hard and for me, I’d rather have someone who makes me smile, that holds my hand when I don’t feel like talking or that can listen when my day has been awful.  It’s what really matters you know?”

“I realize this is all new for you, but I’m not like most women.  This I know for a fact.  I can only tell you that you need to decide if YOU can deal with your life and be able to have something with me.  I cannot make that decision for you.  I would think you are struggling with the decision to walk away now before you get in too deep and it’s too hard to walk away.  But don’t do it out of fear of the unknown, do it because it’s not the right time for you or because I’m not right for you, but not because life sucks a lot of the time, because through my eyes, life is pretty fucking amazing.  Even through the stress, the mess and the crap.  So it appears that YOU have some  thinking to do, not me.  That YOU need to figure out what it is YOU want out of life. If you want to stay stuck in the crap, or if you want more than that.  If you want someone to help you see the world a little differently.  Because if that’s what you want, then I’m right here, but I can’t make that decision for you.  That’s got to come from within.”

He again looked at me as if he wasn’t sure what to do with me.  I wasn’t sure how to read his face, he either thought I was full of shit or he was in awe of me and I wasn’t sure which it was at that moment.  He then said “It would already be difficult for me to walk away from you.”  And then there was silence as we both just stared at each other.  I reached my hand across the table and held it out for him to grab.  He did.  And then I said “So I guess the decision has been made……..” 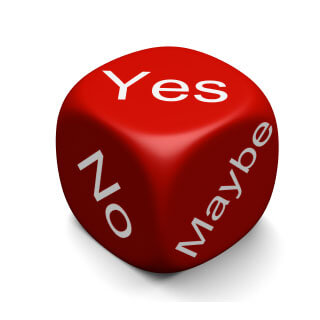