I didn’t see Dimples for the remainder of the Holiday weekend and that was ok. We had gotten or first overnight out of the way and it was seemingly a success. Until of course I explained what it is I do and what it was I wanted out of life in terms of my career. I write a relationship blog. Well, not really a relationship blog, but more of a Break Up Blog. I am what they call somewhat of a break up specialist if you will. I have been broken up with on almost all major holidays and special occasions, I have been cheated on, walked out on, left at the alter so to speak, kicked out on the street; the list goes on and on. I wanted him to know that I not only write about relationships, but I write very explicitly about relationships. MY relationships or lack there of. I was, in my opinion very upfront in my blog and my writing. I was more raw and to the point than I’d ever actually been in real life prior to now. Writing gave me a sense of freedom to really express myself. It helped me see that not only do I write about relationships and the havoc they have had on my life, but I write about the impact they have had both good and bad. I write about what I love and who I am and how I’ve changed. I write about me.

I was hoping that he would respect that and not run from it. As it meant getting involved with me, meant having me write about you and having me write the good and the bad from my sole point of view. You don’t really get a chance to defend yourself or tell your side of the story. It is told in the first person, by yours truly and it says things you may not otherwise ever know about me and how I feel. When I was explaining to him about what I do he mentioned he had been reading my blog for months before we went out. He found it interesting and insightful and somewhat disturbing at times. He also asked “Do we have to break up for your writing to continue?” I thought about that for a bit. My readers read to see the next mishap? The next disaster? I would assume yes, but also I think my readers are smarter than that. They read to see change, to see growth, to see what ridiculous thing I get into next and they read to fight for the underdog. I was just that underdog. I was who they were routing for. Not some fictional character, but a real, live person. Someone with a home, a family, a job and someone who was oh so unlucky in love for so long. They HAD to be routing for me, I just knew they were!

I would have totally understood had Dimples said that me writing about him or us was off limits. I mean, if someone told me that I was going to be a topic of a blog and everything I said or did would be put in black and white for everyone to see, I’m not sure I’d be down for that. But he didn’t say that. He said “I love your writing and sometimes I read your posts more than once. It will be interesting to get inside your head and hear what you really think and I don’t even have to ask you.” He supported what I did. He supported me. He supported my dream and wasn’t insecure with the world knowing how I felt about him or what I thought about him. He didn’t cower at the thought of his good or bad behavior being on display. He was who he was and he didn’t need anyone else’s approval. And that made me begin to adore him even more than I already did. 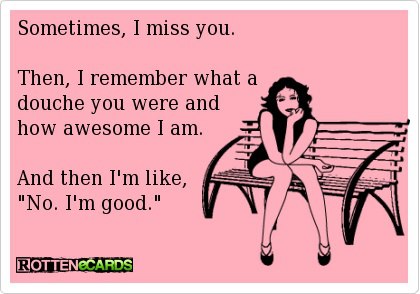