The summer had essentially ended and those long, warm, lazy days of summer were gone. School was well under way and if anyone knows me they know how much I love summer, but how I adore getting back to school. I love the schedules, the papers to sign, the wake up time, the go to bed time, the homework time, dinner time it all makes me feel more in control and being I feel so many things are out of my control the appearance or resemblance of normalcy seems to return when it’s back to school time.

Time with Dimples didn’t waver even though we had more on our plates now which was nice. We still got together a few times a week and on the weekends we were like kids in a candy store unable to wait for the next time we got to see each other. I was definitely falling for him and hard. Again, not in an infatuation kind of way, but in a genuine I like this man and what he stands for kind of way. And it was true, he WAS a nice guy. I didn’t have a full read on him yet other than I knew he was indeed falling for me as well. It was going to be great to figure each other out, to find out what makes us tick, to see if we have triggers and button that get pushed and how we would maneuver around these together. I was hoping and praying he was an adult. One of those kinds that I could talk deeply with, express anything to and know I wasn’t being judged. One that I could disagree with and not have it end up in an argument. So far we were smooth sailing with basically a ton in common and an ease about us. It was easy.

Football season was approaching quickly. My most favorite time in all the year. The smells of a Sunday sauce cooking in the background as the game kicked off in gorgeous fall weather. I knew Dimples was big into football, but I’m not sure he realized I was too. I mean, I could tell you that Tony Romo was going to get hurt, I could tell you that Beckham Jr. was going to be the only receiver the Giants could count on this year, I could tell you that I love me some Carson Palmer and he would totally go toe to toe with Drew Brees. What I don’t think Dimples knew was just how seriously I took football Sundays. It was a tradition of mine since I was little. I fully believe my father hoped and prayed I was a son before I was born. When he realized his fate was to only have daughters he rolled with it and on Sunday’s I was his son. We would watch football in the basement with sauce on the stove upstairs as we turned down the TV because who really wants to hear Al Michael’s tell us the turf is green? He would turn the radio announcers up and tell me all about how the offensive line looked weak and that this team had no defensive backs to rely on.

The game wasn’t just a part of Sunday, it was a part of my heritage in a way. When Dimples explained to me about his Fantasy teams and how he needed to pick this guy and that guy, I threw him an email to give him who I thought he should go with. I could tell that on the other side of the internet he was not only smiling but maybe getting an erection at the thought of how involved I was actually going to be. I think it gave him a sense of relief to know that we would in fact NOT be arguing every Sunday while he watched RedZone and what he thought I would be nagging him for attention from the other room. In fact, I would ask him to put the pre-game on and I didn’t want to see commercials and I needed to know every game was covered and that our players were doing well all over the NFL, not just the loyalty I had to my own team. It was at this moment that I believe he began to fall in love with me. No joke. To know that we had this one major passion in common that would bring us to sitting and watching and friends and food and drinks every Sunday for regular season along with post season. Dimples and I were well on our way. No issues, no red flags, no arguing, just plain fun and the enjoyment of each other.

Until that dinner on our month anniversary…..which raised questions for both of us. 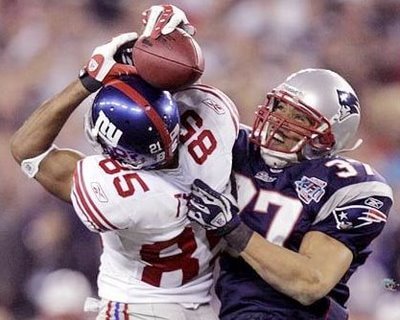