It was Saturday night, the night we seemed to always spend together.  I was dressed up and excited to see Dimples.  Things were going swimmingly and I couldn’t seem to get enough of this man.  Isn’t it interesting?  I had no intentions of being in a relationship, I wasn’t looking for it, I didn’t think I was ready for it and here I was….on the verge of being in one.  It didn’t scare me, it didn’t make me shy away, it was like I was open to it.  That made me feel a little weird.  How could my heart be open to something my head already told me I wasn’t?  Maybe those sayings about how your heart knows things your head hasn’t figured out yet were actually true.  I was trying to stay in the moment so I wasn’t looking too far into the future, but I was looking forward to Saturday night.

He picked me up and I walked to the car in what I thought was a hot outfit.  I had my stilettos on, a pair of skinny jeans, cute top and a blazer.  My hair was straight and had recently been cut short with dangling earrings and poppin lip gloss.  I knew he thought I was sexy and so did I so at least we had that in common.  I got in the car and we made our way to one of my most favorite restaurants.  We walked in hand and hand and they instantly opened a bottle of wine.  We ordered my favorite zucchini fritters and each began to sip our wine.  We were talking and laughing and I think being more playful than normal.  He seemed a bit coy at times and I was intrigued by his demeanor that seemed a little different than times before.  He was a little sharp, but it wasn’t bothering me because I know I can be sharp.  It was almost like you know when you are playing around and jokes turn serious all of a sudden.  We were toying with that and I’m not sure either one of us knew it at first.

I was about three glasses of wine into our evening when our dinners finally arrived. I’m not sure what happened but we were talking and joking and the next thing I knew I was quiet.  He was talking and I was quiet.  I wasn’t responding.  I wasn’t trying to be obnoxious, but I was being quiet and he was trying to talk and it must have appeared as if I was ignoring him.  Then when I finally started to talk he stopped talking.  He was quiet and looking down at his meal.  I asked him to look at me and he wouldn’t.  All of a sudden the hairs on the back of my neck began to prickle and my feathers got ruffled and I pursued it further.  “Why won’t you look at me? I’m talking to you.”  He stayed looking at his meal and it felt as if now we were in a fight.  one that I wasn’t sure exactly how we got  to. I started to get upset, maybe even raise my voice and then he said “I’m not discussing this.”  I was mad.  I don’t even know exactly why I was mad, but I felt like he had shut me out, he had shut down.  Then to tell me we aren’t going to talk about what the hell just happened?  I was insulted and admittedly a little drunk.  I stepped outside to take a drag of my ecig because I needed to calm down and I needed a fix.

When I returned he seemed livid.  All he said was “Let’s go.  I can’t believes you just walked away.”  What I thought?  Me?  Walk away?  THAT is my number one most trigger happy hot button.  I NEVER WALK AWAY. Or at least it’s my last resort, not my first option.  It’s rude and immature and infuriating.  I didn’t walk away, I went for a drag of my ecig and came right back.    He was mad.  We left and walked to the car and as the doors shut I was in tears.  I was so upset that he shut down and then would think that me saying I will be right back was walking away and leaving him stranded.  He pulled the car over once we rounded the corner and began to speak.  His tone was lighter now and the anger and frustration seemed to be gone. “I don’t know what the hell just happened in there.  I have no idea why you are upset or crying, but I feel terrible and I didn’t mean to hurt your feelings.”  Through my tears and drunken slurring I explained how I felt and that I thought he was shutting me out and had stayed quiet maybe a little too long and it felt like he took a joke too far and now everyone was upset.  He then said “I like you.  A lot.  And I’m sorry and can we just forget this happened?”  I agreed.  I stopped crying.

And somehow there we were.  Sitting in the car, having just had our first fight and it was over nothing.  But we did both realize that night that we still didn’t know each other.  That we didn’t know what triggers were lurking underneath our tough exteriors.  We had no idea how to navigate each other’s insecurities.  We had a lot of getting to know each other ahead of us.  We were not kids, we were not fresh and new and shiny to the world of relationships.  We were both tarnished.  We had both been hurt.  We had both developed patterns of behavior that maybe we didn’t even know we had.  And if we were going to work, really work we were going to have to figure out how to understand those old wounds.  That is if we were planning on really being in a “relationship” 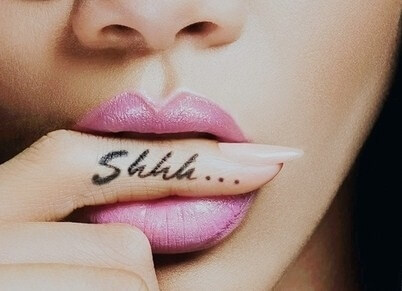