After that non argument argument things were definitely a tiny bit different. How could they not be. I cried like a little baby and I’m still not sure why, but I did. So after that night it was like my hunger for him had increased. He didn’t let it just linger or go on for days without discussing it. He didn’t just ignore it as if it didn’t happen. We actually discussed it again once we were both lucid and not as emotional and discussed our triggers to some extent. It was nice to bring a bit of closure to a disagreement and not wonder if it was over or not. However, based on that my feelings for Dimples increased. I saw him differently. He wasn’t like everyone else I had dated and I couldn’t get enough of him.

I wanted to see him, talk to him, text with him and have sex with him every chance I could. It was an over whelming feeling of excitement every time I heard his voice or saw his face. It was like we were insatiable. My sexual appetite was over the top and it became an endless effort to try and find time alone. Being we had 4 kids between the two of us, three of which were teenagers and there really wasn’t getting much past them because the three of them seemed to be on the look out for signs we wanted to have sex, were about to go have sex or had just had sex. It was like they had some kind of parental sex radar that only teenagers had. It was very annoying at best. We seemed to be called out by one or all three of them at any given moment even if we weren’t planning on having sex, which really never happened at this point because we were always planning on having sex.

The availability of space was limited and one night we were out and he said “I have an idea.” I thought ok….lets hear it. He said after dinner we can go to one of my friends offices and do it there. WHAT? No we can’t I thought, that’s ridiculous. But he insisted and next thing I knew we were creeping up the stairs in a dark hallway. I decided before we went inside that we needed to have a back story in case we got caught. As in what would we say if his friends boss all of a sudden walked in. So I devised a story that I was a Russian Hooker and that if someone walked in I would claim that I was not going to sleep with both of them and would grab my clothes, run out naked and wait by the car. I would also do my best Russian accent and possibly even start reciting numbers 1 – 10 in Russian that I had learned in second grade. No one would know what I was saying anyway. He thought it very clever yet a little out there, but I made us practice just once.

We walked into the office and he had an air mattress, wine and candles already set up. Romantic in a creepy and weird kind of way. He put on music and it was one of the best nights of intimacy and sex we had had together. It was like with every day that passed we were becoming closer, getting to know each other better, building trust, forming intimacy, enjoying each other’s company and bodies. It was incredible. When we were done we laughed at where we were and the extent to which we would go to in order to have time alone together. It was a little on the edge, but everything about us seed to be. It was exciting and I felt alive. I felt alive with a man for the first time in a very long time. And that night, I went home with a smile. Not one because of the after sex glow, but one because this man, was truly making me happy. 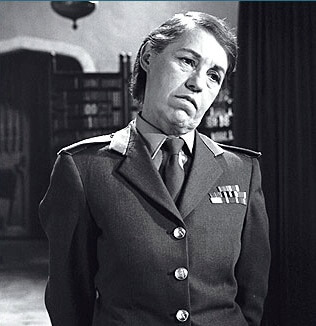