Typically in my head I believe I am a mogul like JZ, a badass like Eminem, a Queen like Beyoncé and can roll hard like Rhianna. Unfortunately my body reminds me I am just a woman in her early forties that really needs six to seven hours of sleep, is a bit scatter brained and can’t really drink like I used to. I was reminded of this the morning after the spoons/dance party. I’m not sure, but being hung over now in my later years feels like a death sentence. I ache all over, my head was pounding and my eyes felt like the were being squished out of their sockets. We all got up at Dimples’ house and got ourselves together quite early because we all had to be back at his parent’s house for breakfast.

I was cursing my entire body for not being in the shape of what I thought it was and that I needed more water and Advil than I’d like to have admitted. We piled back into the cars quietly this time and headed over for breakfast. When we arrived everyone seemed bright eyed and bushy tailed. They had all gotten a good night’s sleep and didn’t have he lingering smell of alcohol on them. We took our places at the table and began quietly drinking our juice and coffee. Then his father brought out this dish that looked like a little bit of heaven. It was a huge tray smothered in what looked like sugary goodness.

“It’s French toast casserole” he said in his chipper morning voice. It was French bread that had been soaking overnight in cream and cinnamon and pecans and yumminess. It looked amazing and although my body was craving a Taylor Ham Egg and Cheese, it was a delicious addition to my somewhat vulgar morning. As we ate, the life began to come back to the table and that’s when it started; the stories about last night. Things like “Do you remember doing this?” or “Oh my God you were hysterical doing that.” There were photos and videos of us all genuinely enjoying ourselves, walls down, caution to the wind and mere fun was being had. Everything had apparently been documented for reminiscing during the years to come.

The rest of that day was spent recuperating, going through old photos and telling stories about growing up and what they did and who they were and where they’d been. It was an amazing experience to spend the past four days with this family. It was heartfelt and touching and just plain fun! It was time to say goodbye. It was time to hug and kiss and give well wishes until the next time we would meet. It was safe driving and good to meet you and thank you for including me. It was bittersweet as I felt like hell and knew I needed time to get myself together and had they stayed one more night they would have surely landed me in the hospital, but I was sad to see them go. I was missing them already and they were standing right in front of me. We exchanged numbers and all social media application additions and then they were on their way.

Before they left, I felt like we needed to have just one more piece of French Toast Casserole, the food of the gods. This casserole reminded me much of how this family was. It was soaked in love and goodness, it got heated up and it’s kindness oozed from all sides of it. It was topped with affection, respect and honesty. This family was now my French Toast Casserole and I couldn’t wait to have the recipe. 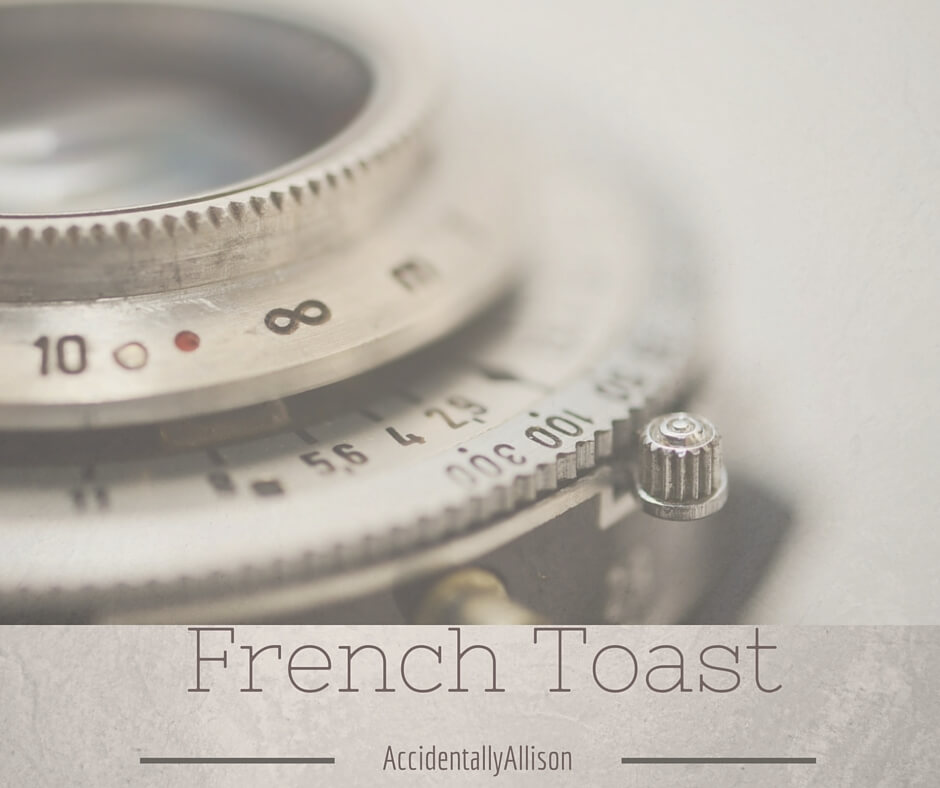 One thought on “French Toast”