I am sending out a second post today because my piece is up on RAWrWords and I thought you might like to take a peak and not only at my work, but the amazing works of all the RAWrWord contributors.

My children are two years and two months apart in age. My first pregnancy was a breeze. I quit working, laid around and ate myself into a 50 lb. coma.

The second pregnancy was nothing like the first. The first week I was pregnant I got the stomach flu and ended up in the emergency room for dehydration. A few months into the pregnancy I woke up in a pool of blood convinced I was having a miscarriage only to find out apparently some women just bleed during pregnancy. There is nothing like a scare to get the heart pumping.

At thirty-two weeks I received a call from the doctor. A call no one wants ever to take. A call that said I needed to come to the office immediately. No explanation.

I jumped in the car with my then husband, father of my children, and drove feverishly to the doctor’s office. I was a mess by the time we got there. When the door to the office opened, there was a sea of women sitting there all with the same nervous look on their faces.

They called me in and explained that mine, along with 100 other women’s sixteen-week blood work had been mixed up, and there was a chance my baby had Down Syndrome. It was as if someone had ripped the air out of the room. All I could think, was how would I be able to care for a child with Down Syndrome, and how could this happen?

The year was 1998, and 3-D imaging was all the rage. The doctors scheduled the one-hundred other women and me to have one of these done to see the baby and figure out if it, in fact, had Down Syndrome. After the imaging had been finished, they were convinced I was going to have a healthy baby.

Unfortunately, my body didn’t feel the same about all the stress. I started to go into premature labor. Not your regular Braxton hicks, but actual, full on labor.

That night as I was lying in bed, and I could feel the contractions coming, but I was only thirty-two weeks pregnant, and assumed it was probably false labor. I’d been to this rodeo before and wasn’t about to go screaming to the hospital just yet.

Within an hour or so my contractions were at three minutes apart. I told my significant other it was time to go to the hospital. When we arrived, within seconds as if in light speed they hooked me up to ever machine conceivable. Took my blood pressure and quickly called a doctor to the room. After less than five minutes a very well dressed neonatal specialist walked in and greeted me at the side of my bed.

It happened to be the father of a girl I went to high school with. After we had said our hello’s and niceties, he informed me he wanted to do a pelvic exam. I’ve been poked and prodded by the best of them, but I wasn’t about to let my childhood friend’s father do a pelvic exam on me, I didn’t care how good he was! However as my contractions grew stronger, my will to prevent him from examining me became weak, and I decided to let him do the exam. He was the doctor for Christ’s sake. He then explained to me they were going to give me something to make the contractions stop. That the baby needed more time to develop and my body was reacting to the stress of the day. Ok I thought, I can handle this, just make it stop. They injected the medicine and sent me on my way. The last words I heard him say were; “If they get to two minutes apart, come back.”

Not twenty-four hours later was I back in the hospital with contractions two minutes apart. We went through the same routine, they injected the medicine and sent me home. And this time, the last thing he said to me was, “When they are one minute apart, come back.”

For the next eight days, my contractions lingered at one minute apart, going back and forth to the doctor and hospital while they ran through the same script like it was the movie Ground Hog day. I was just about thirty-four weeks pregnant when they informed me once I arrived at the hospital, this time, they would induce me and allow the torture to end. We walked into the office, still in labor at one minute apart as I tried to say my hello’s and how are you’s through bent over pain. The doctor then broke the news to me that I had lasted this long, I could surely last another few days. And that every day the baby stays inside me is a benefit to them. Them? What about me? I walked out of the office sobbing wanting desperately for someone to help me. The last thing the doctor said to me as I stepped out of the office was; “If you want to have this baby today, go home and have sex.”

And that is precisely what we did. My husband didn’t want to, but I begged for him to make this end. After we had finished, the rush came on so fast that he barely had time to drift off to sleep. We hopped in the car; he was on the phone with the doctor as he decided he didn’t feel like going back to the hospital just for them to send us home. I was screaming in the car because I could feel the head crowning. He drove haphazardly and dangerously all over the road on the quest to get me to the hospital.

We got me into a wheelchair at 4:03 in the afternoon, by the time they got us upstairs, and I put on a gown, it was 4:10, I screamed for an epidural at which time they told me it was too late. TOO LATE? After ten days of labor, I believed I deserved the epidural, but no such thing was going to happen. At 4:20 my daughter thrust herself into this world. And I believe that was the last time she was ever in a rush. All six lbs., six oz. of her. They asked us what her name was. We had decided, her middle name should have ten letters in it, one for every day I was in labor with her.

As we left the hospital the last thing the doctor said was; “Enjoy her” and that is what we’ve done for the last seventeen years. 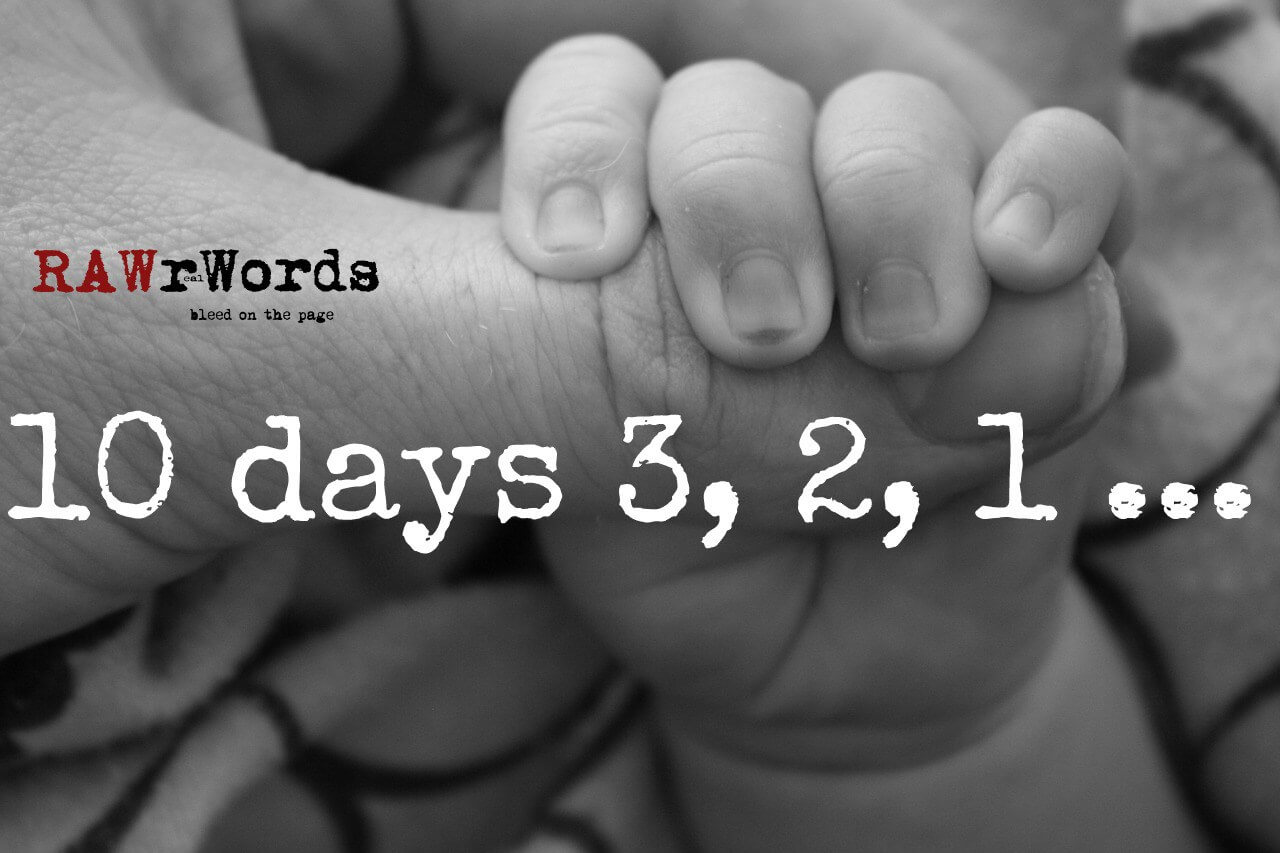