The next day or two things felt back to normal. You know what it’s like after the holidays and you are just totally spent, filled with good cheer and overjoyed for the new year ahead. Plus you are broke from all the gift giving and food and drinks you make your New Year’s Resolutions in hopes of this year being different, better than the last. Dimples and I were back to work and the route of our regular schedules came crashing back into our lives. Vacation/Holiday Break was over and real life was back in play.

Not too much went on that week and it was kind of status quo. What was our “normal” anyway? We had had such highs and such lows already in the few short months we were tougher, I didn’t feel like we had a real rhythm going just yet. But winter was here, the air outside was cold and biting, the atmosphere inside was warm and nurturing and things just seem to coast for a few days. That’s the part I actually long for; the coasting, the middle ground. Nothing to high and nothing too low, something just in the middle where life can be lived without any major incidents either good or bad. I thought we needed that for a while. Everyone needs that for a while.

My hope for that was short-lived. The following weekend after NY was upon us and football was still a major part of our weekends. Dimples decided to have his family, brother and me over for game on Saturday night. The plan was for me to bring food over cook and we could all hang out and just chill and enjoy each other. Somewhere in that plan things went south. During that Saturday we argued back and forth almost all day. It was a heightened, angry fight which wasn’t necessarily like Dimples, but he was pissed and he wasn’t going to budge this time. He seemed out of sorts and over the top and down right mean as we text argued back and forth the day. Have you ever been in an argument with someone and you’re annoyed, but you really aren’t sure what you are arguing about? That was kind of what this fight was like.

I was going, not going, going, not going and he basically seemed like he didn’t care if I was there or not. Finally at the end of the day shortly before everyone was supposed to be there all I wanted was for him to want me there. So I asked one more time if he wanted me to come and he said sure and so I headed to the store, picked up all the stuff to make dinner and was on my way. I wasn’t happy about it though. There was something about Dimples that struck just the right nerve for me to feel insecure and I didn’t like it. I arrived at his house and he answered the door and instantly I knew it was a bad idea that I went. I didn’t kiss him hello as I felt instantly enraged when I could smell food cooking. I had my hands full with groceries, pots and pans and I asked “I thought I was cooking?” and he said very flatly “I wasn’t sure you were coming so I decided to cook.” And with that…..the night was going to go downhill fast. Very Fast. 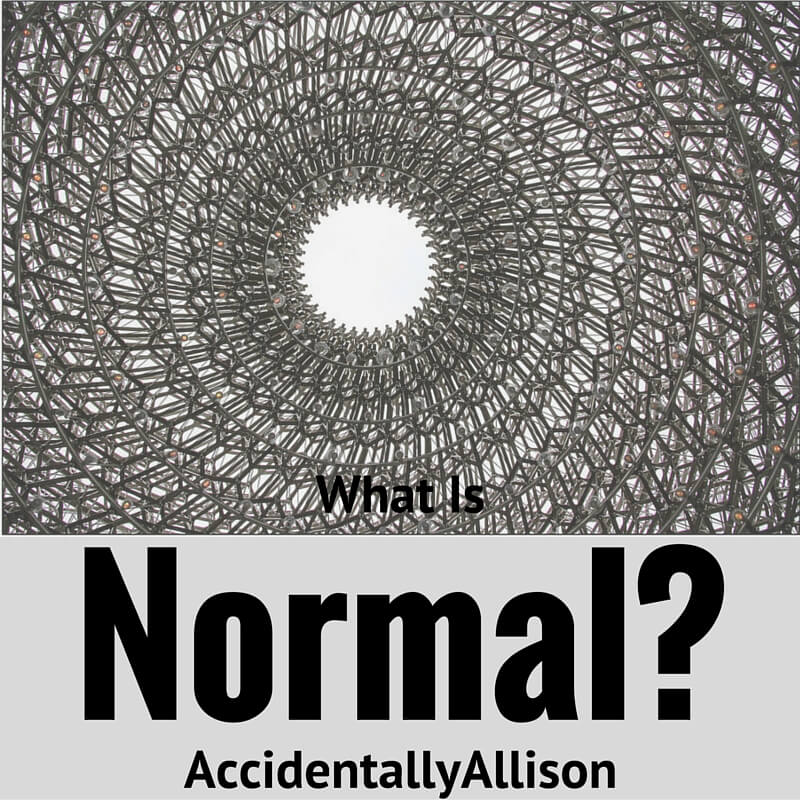 5 thoughts on “What is Normal?”