A wave of heat ran to my face. I started to shake a bit that was out of my control. I felt a cold sweat coming on and it seemed impossible to catch my breath. I just read it over and over again:

I guess we have come to the end of the line. I wish things had worked out differently. I wish you the best of luck.

Cold. Plain. Unfeeling. It may have said a few other things, but I couldn’t see so I have no idea what it actually said. I just focused on “Best of Luck” Like I was a client or a patron at a store. “Best of luck” It was not luck I needed at that moment. It was air. I couldn’t breathe. Tears began to wash over me as I uncontrollably sobbed in a pillow laying next to my best friend. She asked me to read it again as she too was in disbelief. I couldn’t. I handed her the phone and allowed her to read it for herself. She then asked “Are you going to answer”

I didn’t even think that was an option. What would I say? Best of luck to you too? Thanks for ripping my heart out? Thanks for shattering my dreams? Yeah, there was no good way to respond to that. She advised we calm down, mostly me and find some words to say. We ran over different lines, some harsh, some guilt stricken, some tortured souled. None of which was going to make anything better.

I was officially the Carrie Bradshaw of real life, it may as well have been a post it note left on my door. I was limp. I was finding it hard to focus and I couldn’t think straight. We decided it would be a good idea to make ourselves a drink as we posed just the right words to answer in rebuttal to this dumpage.

Then they came and the return text looked something like this:

This is not the man I know and love. He would never be such a coward as to hide behind a text message to tell me how he felt. You have broken my heart. You have stolen every last ounce of belief in you and us I ever had and for that I will never forgive you. I think this will be the biggest mistake of your life and you will surely regret it, but I will respect your decision even though I know, in my heart, it is the absolute wrong one.

There was nothing left to say. It was done. I was now alone. Again.

I laid on my friends couch for a long time. In and out of tears. In and out of replays in my head. Unable to comprehend how he could do such a thing. Just 8 days ago, we were never going to part with each other. We were in it for the long haul. We made promises. I guess I was the only one that took them seriously. As night fell on that cold January day so did my hope.

I left and all I felt was empty. Completely and utterly void of anything and everything. It is a very dark and scary place to be.

And I was there. All by myself. Blindsided. 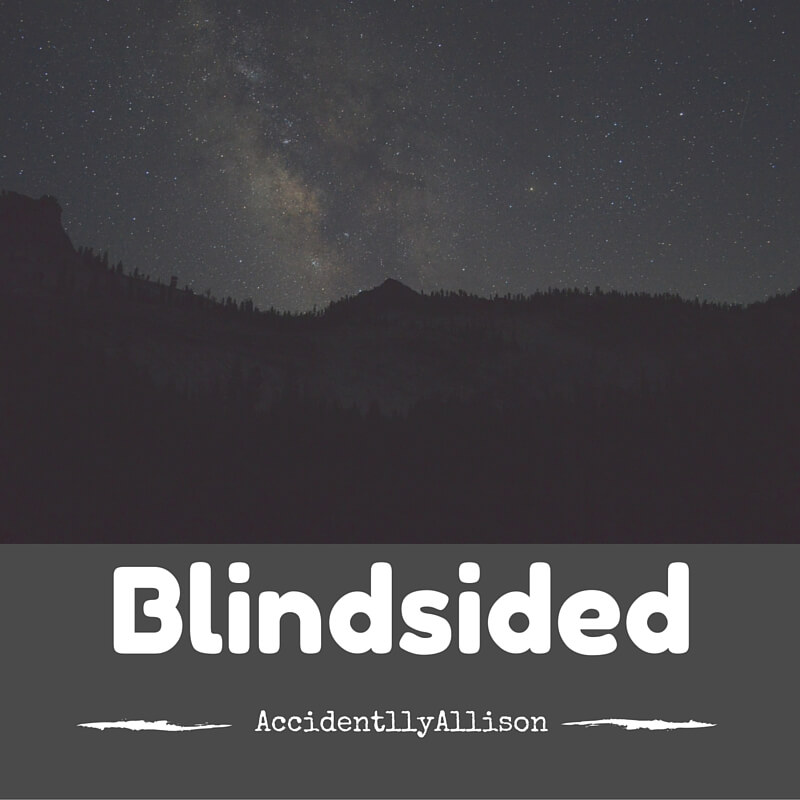 One thought on “Blindsided”