The next few days were really tough for me. The world had a grey cast over it, like a shadow I couldn’t shake. It felt dark and cold and alone and I hated it. Breaking up has a myriad of emotions, like all grief. It’s a process and I was still in stand still disbelief mode. I was going through motions, but with every beat of my dying heart the world and walls seemed to be closing in on me. It was like every breath hurt, every movement was a struggle and the mere thought of facing the world had become hopeless.

One of the hardest parts of having someone removed from your life so suddenly is that you aren’t prepared for the aftermath. To go through every day with that spot in your life empty and void. The habit of talking to someone every day, seeing them all the time, kissing them whenever you want is suddenly absent and it takes with them a piece of you most of us don’t even realize we would miss. It removes friends, family and all things associated with that person and you not only lose them, but all those in accordance with them. Then comes the silence. The silence so loud that it’s deafening. It almost is so silent that it’s so loud and the brain has a hard time distinguishing between what’s real and what’s going on in your head.

You go over and over every last detail of every last conversation looking for the turning point. Looking to pinpoint the exact moment where everything changed. That’s the thing about change, it’s not usually all at once, but gradually over time. There isn’t just one thing that happens, but a culmination of hundreds of little things that lead up to one big giant thing and that thing is now the biggest lump in your throat as you try to hold back tears and put a smile on and face the world every day, knowing, that inside you are dying a slow, painful death and no one knows it.

Breaking up is hard to do. Isn’t that how the saying goes? Sometimes, it’s not, sometimes it’s exactly the right thing to do, doesn’t make it any less painful. I lost my best friend, my soul mate, my confidant, my lover, my secret keeper, my heart. I lost everything the night I received that last text and I was finding it much harder than any other time in my life to get myself together. I wasn’t able to compartmentalize this like I used to do with all the others. This whole feelings shit sucks. Feel your feelings, be uncomfortable, allow yourself to grieve. Bullshit. Lets put this shit in a box on the shelf and keep going like we used to do. Not this new and in tuned person trying to sort through emotions. This shit sucks.

All I remember during those few days was how loud the silence was and it was giving me anxiety to think it would never go away and this time, I really wouldn’t be ok. Ever. Again. 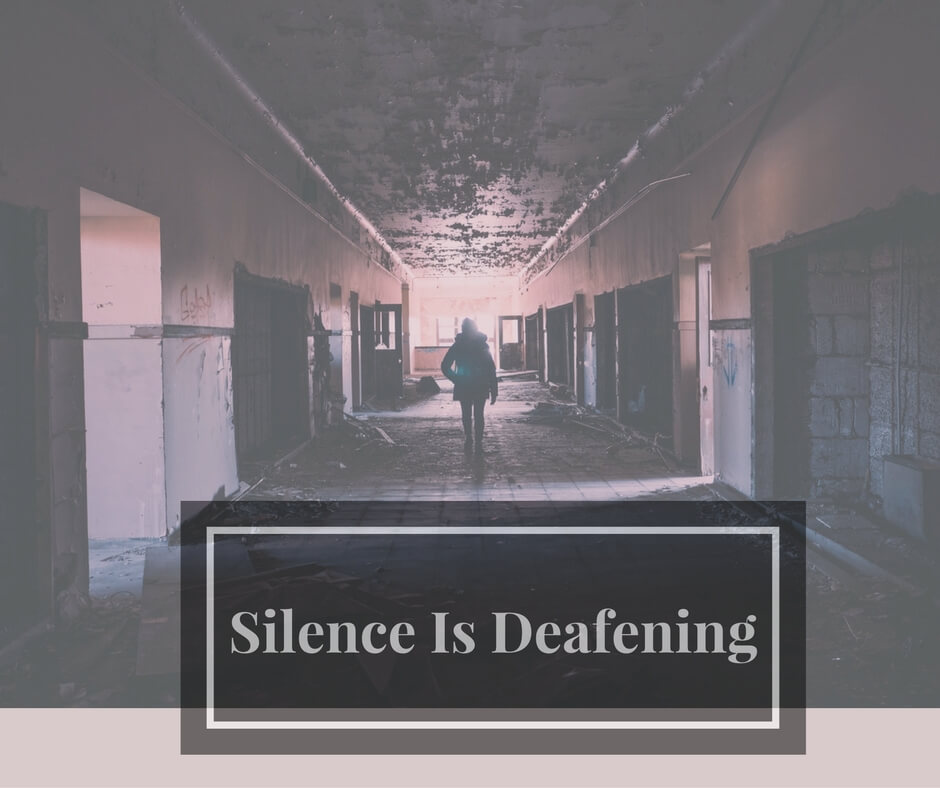 2 thoughts on “Silence is Deafening”