The next few days I was just going through motions. I was throwing myself into my work and keeping myself busy. I went through my days empty and lackluster. It took all I had to make it to 5 o’clock every day without falling apart. I text Frick and Frack and told them “Never Again. Never set me up again with anyone, ever. It’s too hard and it hurts too much and I can’t handle it. Just accept me as your single friend and don’t look for love for me. It isn’t in my cards” They too were dumbfounded. We were perfect together. We really were. That part was not a figment of my imagination, that was real. The love we felt was as real as the air I was breathing. The bond and connection we had wasn’t just going to go away because we were no longer together. Love doesn’t work that way. I don’t know much about love or relationships or how to make them last, but I did know what I felt and that was real. But then why couldn’t it stand the test of time? Why couldn’t it get through the hard times and be stronger, better each time something happened? Why was leaving and giving up ALWAYS the answer? All he had to do was stay…..

But, he didn’t. He didn’t want to see where we ended up. He didn’t want to risk finding out that maybe, just maybe this was real. He was scared. Scared he would never be enough? Scared I would leave some day anyway? He was looking for perfect and lord knows I am far from that, but I thought I was perfect for him. Everyone was making the best of their own fucked up situations and yes we had plenty, but was that who he thought we were? Were the few times where life got the best of us really who we were? I didn’t believe that for one second, but I couldn’t convince him of that. He would have to figure it out on his own. I just hoped it happened before it was too late. What was too late? Too much time going by, too much trust being lost, too much emptiness. What about the fun, the laughs, the sexual chemistry, the connection, the bond, the love we had? How could that all NOT be enough? Did we each want a little more? Probably, but why didn’t he trust me enough to tell me, why did he just leave? God it was killing me. Literally every day a piece of me was being removed from who I was. This is how relationships change us. They either build us up every day little by little or they rip us into shreds. This, this was ripping me into shreds.

I spent every night for the next few weeks in my purple bathrobe in my office hiding from the world. I wasn’t functioning or living, I was merely surviving each day. That bathrobe became my sanctuary, my safe place. I was pathetic. I would lay in that bathrobe every day questioning everything I was. Who I’d been, who I was, why it wasn’t ever good enough. How could the rough times not be sidelined and the focus be on the good? That bathrobe became the place I spent my nights that January. All of them. Alone, in that bathrobe with my thoughts. And all my thoughts….were of Dimples. All of them. 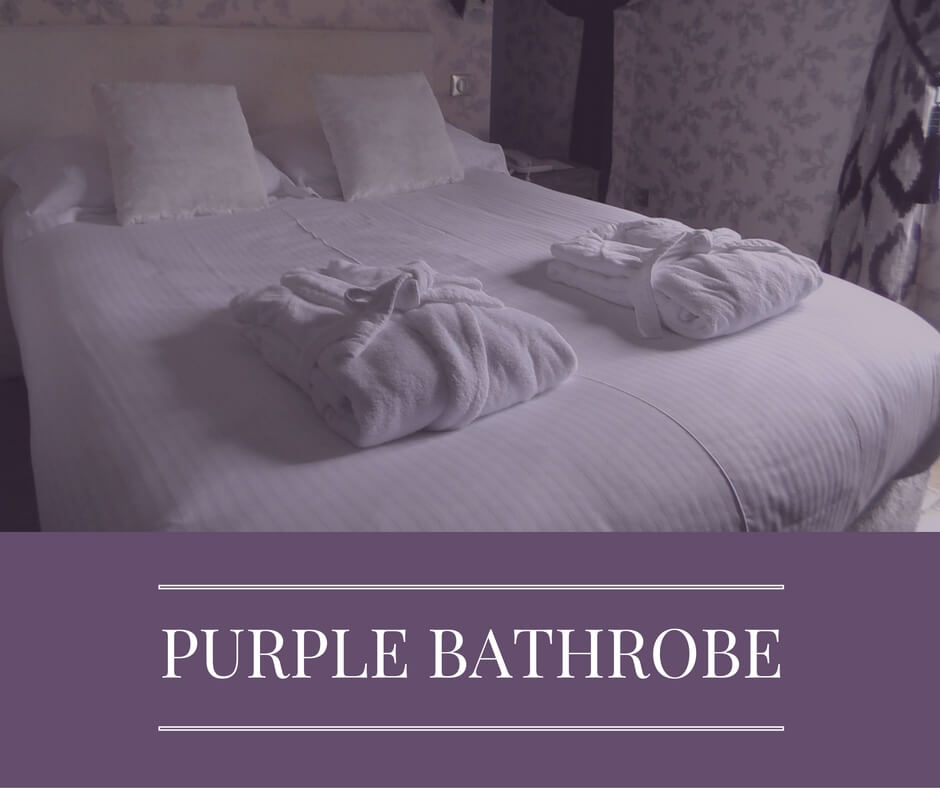